Like it or not, when it comes to fighting Islamist terror, the political leadership in Washington can be the ugliest company to keep. History bears out that in the post-World War II landscape, successive American dispensations have created this situation. America has been obsessed with their short term, petty military –industrial complex- interests to consider whom they have befriended and benefited around the world over. It is for this reason that Islamist terrorism has spread throughout the world.

Ironically, New Delhi and Jerusalem—Washington’s two natural democratic allies—have not yet comprehended this fundamental reality. Today, both capitals seem to be following the well-established practice of Washington – cultivate whoever suits ‘your immediate interest.’ According to reports, Israel and Saudi Arabia have of late been warming up to each other. Last year retired head of Saudi intelligence, Prince Turki bin Faisal met Israel’s former chief of military intelligence Amos Yadlin at Israel’s Institute for National Security Studies. The other day retired major general in the Saudi armed forces Anwar Eshki and  former Israeli ambassador Dore Gold  met  at the Washington office of the Council on Foreign Relations. It was after five secret meetings between the   two that they went public. Their meetings over the last 17 months occurred in  India, Italy and the Czech Republic.  Jerusalem seems to be thinking that like Saudi Arabia, it feels  most threatened by Iran’s nuclear program and hence it is in their common interests to work together.


For its part, New Delhi seems to be busy cultivating relations with Tehran. Knowledgeable sources say in the recent meeting between India’s Minister of Road Transport and Highways Nitin Gadkari and Iranian Transport and Urban Development Abbas Ahmad Akhoundi, the two signed an inter-Governmental Memorandum of Understanding (MoU) on India’s participation in the development of the Chabahar Port in Iran. Indian and Iranian commercial entities will now be in position to negotiate contracts. Indian firms will lease two existing berths at the port and operationalise them as container and multi-purpose cargo terminals. The Chabahar project would be highly beneficial to India. The distance between Chabahar and Gujarat is less than Delhi and Mumbai.  Located close to the strategic Persian Gulf, Chabahar project would impart a strategic leverage to India in its access to Afghanistan and to the energy-rich Central Asia, bypassing Pakistan reducing transit time by a third. India, to date, has invested over $2 billion in Afghanistan. It plans to link the Chabahar port with the Zaranj-Delaram road India built in Afghanistan opening alternative access to sea port for Afghanistan’s connectivity to regional and global markets.

I would suggest both New Delhi and Jerusalem need to be cautious in dealing with Iran and Saudi Arabia, respectively. Both the ultra-conservative Khomenist regime in Tehran and the Wahhabi regime in Riyadh constitute equal threats to the entire civilized world today. Everyone knows how the doctrine of Wahhabism, sponsored by Riyadh and its allies, has led to the denial of human rights at home and the spread of terror-related activities abroad. Similarly, the impact of the doctrine of Khomeinism in the world since the fall of the authoritarian Shah regime in Iran. Under the pretext of this doctrine, Tehran has been seeking to spread its hegemony over the entire Middle East. It has done so through terror militias such as Hezbollah, Hamas, Houthis and others. Iran’s Islamic Revolutionary Guard Corps-Qods Force has played a crucial role in this aggressive enterprise.

According to a recent Wall Street Journal report, Tehran today backs Taliban with cash and arms. It has quietly boosted its ties with the Sunni militant group and is now recruiting and training its fighters. A Taliban commander in central Afghanistan gets $580-a-month salary from his Iranian sponsors. There have been similar reports earlier as well. Accordingly, Tehran  has sent several thousands ( 7,000 — 15,000 ) fighters – Iranians, Iraqis, and Afghanis – to Syria to prop up the regime of Bashar al-Assad. Iran will eventually be deploying as many as 50,000 soldiers in order to prevent its collapse..  Iran is offering thousands of dollars to Shia mercenaries from Afghanistan and Pakistan to join the fight to keep President Assad in power. The Iran-backed Syrian regime has been assisting the Islamic State of Iraq and Syria by conducting air strikes against anti-Assad rebels battling the ISIS. Tehran needs the threat of ISIS and Sunni jihadist groups to stay in Syria and Iraq in order to become further entrenched in Damascus and Baghdad.

Reports say that Iran has been coordinating with al-Qaeda in the Gulf region since 2007. Coordination between Iran and the global terrorist organization has taken place through Saudi citizen Saleh Al-Qarawi. Founder of Al-Qaeda- affiliate Abdullah Al-Azzam Brigades, Qarawi has coordinated operations from inside Iran. He has moved abroad freely recruiting other Saudi citizens for the organization. He has been behind attempts to kidnap American nationals residing in Saudi Arabia and to bomb the American embassy in the United Arab Emirates and an American army base in Jordan. Other plots attributed to Qarawi include bombing a Japanese oil tanker crossing the Strait of Hormuz ( 2010) and London’s Heathrow Airport.

The reports disclose that despite the traditional friction between Shiite Iran and the Sunni terror organization, Iran has harbored al Qaeda fugitives from time to time. In 2005 Saif Adel, one of the highest-ranking members of Al Qaeda, was able to post a lengthy dispatch about Al Qaeda activities in Iran and Iraq. This was widely circulated on the Internet. In the dispatch Adel claimed that he had used hide-outs in Iran to plot with Abu Musab Zarqawi to make Iraq the new battleground in the group’s war against the United States.

Given such realities, both New Delhi and Jerusalem would do well to boost their self-defense capabilities. They should not conduct foreign affairs in a manner that might embolden the current regimes in Iran and Saudi Arabia. Both Tehran and Riyadh have been guilty of countless human rights violations and sponsoring terror activities. This has to be thwarted in order to defend human rights, pluralism and democracy throughout the world. Democracies like India and Israel can ill- afford to do anything at the cost of these fundamental values. 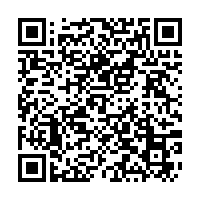