A group international military experts submitted a report to the UN Friday, concluding their analysis of Israeli and Palestinian actions during the 2014 Gaza conflict. The group of eleven independent experts are experienced authorities on military conflict, as well as the laws of armed conflict. Among the investigators were ex-chiefs of staff and generals of NATO member states, as well as politicians from the US, Italy and Spain.

Col. Richard Kemp, the UK’s former commander of forces in Afghanistan, spoke to the Tazpit News Agency on Sunday.

He reflected on the main argument of the report, which stated that the IDF went to great lengths to keep to the rules of conflict, and in some instances went beyond the call of duty.

“The members of the group know of no other army that takes such great steps to avoid civilian casualties, including their own,” Kemp told Tazpit, saying that only a small number of the panel were familiar with Israel before the investigation.
Kemp, who has himself been to Israel numerous times in recent years, explained his colleagues were in general surprised at what they found. “Israel actually goes further than most to stick to international law and protect non-involved civilians,” he contended.
Expanding on previous criticism of the organization, Kemp said that many of the misconceptions among the experts were due to misinformation coming from the UN itself.
Kemp’s also hoped that the UN’s forthcoming publication of a report on last summer’s 50-day conflict would take the group’s report into account.
The UN’s controversial Human Right’s Council (HRC) is set to release its report on the conflict at the end of the month. The HRC have often been described, including by UN Secretary-General Ban Ki Moon, as disproportionately focused on putting Israel under the spotlight.
More vocal critics have denounced the HRC, who have had Saudi Arabia, Russia and China on its council in recent years, as completely biased against Israel.
Israel’s Ministry of Foreign Affairs also published its detailed report into the conflict on Sunday, presenting their findings to the Prime Minster, Benjamin Netanyahu.
The report claims that Gazan victims of the 50-day conflict were roughly 50 percent armed combatants, at current estimations.
The ratio puts Israel at the forefront of minimizing civilian casualties in urban warfare, ahead of coalition forces in Iraq, Afghanistan, Kosovo and other western armies.
Regarding the MFA report, Netanyahu said at the weekly cabinet meeting, “Israel and the IDF are committed to the rules of international law even when fighting terrorist organizations that intentionally violated those rules.” 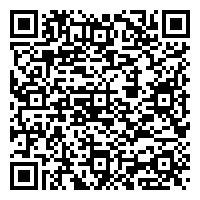