How much risk to global security and economy are leaders in the U.S. Senate willing to accept to avoid involvement in the Middle East? Military strategy, valuable as it is, does not provide answers to many of the region’s most pressing challenges with regard to future global security. What if U.S. legislatures in the Senate were to unleash a war of ideas with regard to establishing new, economically binding Middle East alliances?
Recently, a Congressional delegation traveled to Israel, Egypt, Jordan, and GCC (Gulf Cooperation Council) countries to meet with leaders regarding military and economic infrastructure. However, the U.S. has a lot of catching up to do with regard to restoring trust among its allies. As John Bolton states, “Our declining prestige is already apparent globally; when all three Middle East negotiations fail conclusively, America’s influence will fall further. Friends and adversaries alike are recalibrating their policies accordingly, particularly because the underlying causes of the three impending failures will spell trouble and misfortune elsewhere” (2014). This is why members of the Senate must be more assertive in reaching out to Israel, and Middle East allies. Dialogue must be created to assure partnership in future infrastructure and strategic alliances.
To thwart ISIS, the Iran, and militant Islam, diplomacy, trade, and infrastructure must be used to dissolve existing traces of the Arab league boycott against Israel among states in the GCC. Although many aspects of the Arab trade boycott created during Israel’s founding have been abandoned, most GCC states, including Saudi Arabia still refuse to trade directly with Israeli owned companies. This may change if the status of Israel as a major Mediterranean port becomes permanent. If links to the boycott can be dissolved, a precedent will be set showing unification between Israel and GCC states, counterbalancing the power of ISIS and Iran. Rather than isolating the Arab trade boycott head-on, the boycott must be shown to be impractical to the region.

In spite of the carnage, chaos, and confusion created in the wake of the Syrian civil war, the rise of ISIS, and the expansion of Iran’s regional proxies, hope exists for Israel, Egypt, Jordan and the GCC. Ari Rabinovitch and Tova Cohen of Reuters explain, “Until three years ago the cargo these trucks carry – fruits, cheese, raw material for the textile industry, spare parts, and second-hand trucks – would have come through Syria. But civil war has made that journey too perilous” (2014). Rabinovitch and Cohen further state, “The number of trucks crossing between Israel and Jordan has jumped some 300 percent since 2011, to 10,589 trucks a year, according to the Israel Airports Authority. In particular, exports from Turkey – food, steel, machinery and medicine – have begun to flow through Israel and across the Sheikh Hussein Bridge to Jordan and a few Arab neighbors” (2014). Use of Israel as a port of access to the Middle East including Saudi Arabia and the rest of the GCC would drastically cut the cost of trade to that region.


Israel, the most diverse market economy in the Middle East may serve as the cornerstone Egypt, Jordan, Saudi Arabia and GCC members need to thwart the growing power of Iran and militant Islam. It is possible that an informal trade and military alliance between Israel and neighboring Arab states will help diversify these markets for a prosperous, new Israeli – Arabian century. If the members of the GCC do not take advantage of present opportunities, consequences may be dire. “The Arab world is facing a ticking time-bomb, with approximately 70 percent of its population under twenty-five years old. It desperately needs to find ways for its growing population to contribute to its economy. For most Arab countries, the commitment to strengthen their economies and develop trade relationships has taken precedence over the desire to enforce a secondary boycott against Israel” (Alford, 2010).

In the Washington Institute for Near East Policy’s Fikra Forum, Naday Pollak explains, “…the Syrian civil war, the Iranian nuclear program, and as of late, the rising “Islamic State”, are common threats to both Israel and the Arab states. These threats have pushed Israeli and Arab security officials to put their differences aside and work together. Moreover, the latest round of violence between Hamas and Israel has further demonstrated how similarly Israel and many Arab countries see certain issues. For example, Saudi Arabia, which delayed its condemnation of Israel, also blamed Hamas for its role in the last round of hostilities” (2014). Pollak continues, “In the long term Israel will be an especially relevant trade route for the Gulf Arab states. They already import 80-90 percent of their food, and any disruption in the Suez Canal or the Strait of Hormuz – ever more likely in the current regional environment – could lead to major food shortages. Exploring alternative trade routes, such as Israeli ones, is crucial in such a contingency” (2014).

Although the odds are favorable that Israel will earn permanent status as a main trade port for the Middle East, including Saudi Arabia, and other countries in the GCC, significant challenges stand in the way. Frederick W. Kagan of the Hoover Institute explains, “The Kingdom is easily the most frustrating of all U.S. allies in the Middle East. It dominates the global oil market, making enormous profits from the West and holding the stability of the global economy in its hand…its royal family relies on support from extremist Wahhabi clerics to justify its right to rule the holy sites of Mecca and Medina. Saudi kings have recognized the threat posed to them by al Qaeda, itself an offshoot of Wahhabi theology, but have not stopped their own relatives from giving large donations to the terrorist group” (2015).
If leaders in the U.S. Senate unite officials from Israel with its Arab neighbors in the wake of threats posed by ISIS and Iran, new dialogue will change language with respect to current foreign policy in the Middle East. It is difficult for leaders to accept each other’s status as related to current regional vulnerabilities. However, many economic challenges would be addressed if Israel was to permanently serve as a major port of access for its Arab neighbors in the GCC. For many in Muslim, Jewish and Christian communities, trade alignment between Israel, its Arab neighbors, Jordan and Egypt, and Saudi Arabia and the GCC may seem like a violation of morality. However, given the current the rise of Iran, ISIS, and militant Islam in the region, this may be the most principled choice. 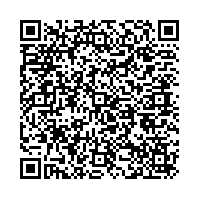