The Women in Green deeply mourn the passing of one of our dear women- Zipi Livni from Kiryat Arba-Hevron.


Zipi Livni was one of the first pioneers of Hevron after the Six day war, came to the City of our Foreftahers as a “bat sherut” (serving her national service) and continued to serve the nation her entire life.

She married Menachem and together they raised a wonderful family. Both of them were involved heavily in the building and development of Hevron as well as in the settling in Binyamin and Shomron.

After the murder of the six yeshiva boys by Arab terrorists next to Bet Hadassa in 1980, and as a result of the government ineffectiveness to the deterioration of the security situation, a group of Jews organized to return the security and the deterrence. Among them was Menachem, Zipi’s husband. The group was arrested. Zipi spent her entire days defending her husband and explaining the motives of the group. She organized constant vigils in front of the homes of politicians, in the cold and in the heat, in the snow and in the storms and even on leil Seder Pessach in front of the Prime Minister’s residence. Parallel to that she raised her children with unbelievable faith and strength – serving also as a mother and also as a father. The Shabbat meals at Zipi’s house were always flavored with divrei Torah on the parasha.

Zipi was also involved in the public activity in Hevron. She was a real fighter. She fought bravely, for years, against her sickness but the sickness won. Her passing is a great loss to the Eretz Yisrael movement, to Hevron the City of our Forefathers and to her family.

Zipi will be remembered as one of the foundation stones of the renewed settlement of Jews in Eretz Yisrael. May we all be comforted in the building of Erets Yisrael.

The funeral will take place today Wednesday at 3:00pm in Hevron

Yehudit Katsover and Nadia Matar
and the entire Women in Green family
www.womeningreen.org 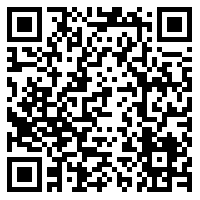