The Jamestown Foundation recently reported that the Islamic Republic of Iran handed out prison sentences to five Azerbaijani activists for supporting Azerbaijan during the Second Karabakh War. Simultaneously, they reported that during Armenia’s occupation of Nagorno-Karabakh, many Azerbaijani mosques were transformed into Iranian mosques and were thus were made “Persian” in style following repair work, a reality that greatly infuriated Azerbaijan’s president, who viewed the measure to be cultural repression.

Around the same period, Hamid Mutashir, the President of the Al Ahwaz Liberal Party, reported that the Iranian Revolutionary Guards killed six Baloch civilians. Sirwan Mansouri, a Kurdish journalist based in the Middle East, added: “The Iranian regime has arrested more than 100 Kurdish activists from different cities in Kurdistan, among them men, women and even children without any reason. Most of them are now getting tortured and their families have no news regarding where they are or what their condition is.” In recent days, a number of Kurdish journalists and political activists took part in a twitter campaign and wrote letters of protest to the European Parliament to no avail.


Eskandar Jafari, a Kurdish human rights activist and a founder member of MafNews, believes that the behavior of the government regarding Kurds is also infinitely cruel; “The regime tortures and executes the Kurdish political prisoners and then does not deliver dead-bodies to their families or does not notify them when their bodies are buried which according to international law is called forced disappearances.”

Jafari stressed: “Shaker Behrouzi is one of those political prisoners who was accused of killing a member of IRGC and was sentenced to death, but there is evidence that shows he was in another place at the time. Mohyaddin Ebrahimi is another person who was sentenced to death due to being a member of PDKI (Democratic Party of Iranian Kurdistan), but there is evidence that he was arrested while working as a Kolbar (Kurdish people who carry goods on their shoulders and are often killed by IRGC). In another case, the authorities killed a Kurdish youth named Mehrdad Taleshi, after torturing him in the Shapour police station in Tehran.” Jafari stressed that this demonstrates that the Iranian regime does everything to create an atmosphere of terror for the Kurds.

The Islamic Republic of Iran is one of the world’s worst human rights abusers, who repetitively violates international law. Every day, they repress the Ahwaz, the Baloch, the Kurds, the Azeris, the Turkmen, etc. For example, Iran Human Rights Monitor noted that the Islamic Republic prevents the ethnic minorities from studying in their mother tongue and imprisons them when they seek to learn in their own languages. Zahra Mohammadi, a Kurdish activist, was just charged with security offenses for the crime of empowering other Kurds to study Kurdish. However, the international community turns a blind eye to these horrific crimes against humanity.

Mendi Safadi, who heads the Safadi Center for International Diplomacy, Research, Public Relations and Human Rights noted that Iran’s destabilizing conduct in neighboring countries is only a fraction of Iran’s nefarious activities, as the regime systematically represses non-Persian ethnic minorities: “This has produced, especially in recent years, a lot of political opposition groups that were unable to operate freely inside Iran, where they were subjected to arrests, executions and torture. Thus, they relocated to European countries to preserve their security and the safety of their families.”

However, Safadi noted that even in the European countries, these activists are often not safe, as Iran hunts them down there: “the Iranian regime, with its experiences in targeting its opponents, was able to work through the Revolutionary Guards, the Quds Force and its intelligence services to liquidate many of these activists and still it continues.” When Iran feels it is too difficult to kill them or abduct them and bring them back to Iran, they fabricate charges in the host societies for the dissidents and this leads to many European countries arresting the dissidents: “The Iranian regime was able to create many problems for these activists in order to silence them.”

Manel Msalmi, an advisor to the European parliament, stressed: “The head of the Arab Struggle Movement for the Liberation of Al-Ahwaz, Mr. Habib Jaber Al-Kaabi, and group members Yaqoub Hurr Al-Tastari and Nasser Jaber Al-Kaabi were detained in Denmark, but they are nothing more than victims of this regime. They were trying to help their people, who are subjected to daily violations in Iran.”

She believes that the Kurds, Balochs, Azeris and Turkmen suffer just as much as the Ahwaz when it comes to European countries detaining activists based upon fake propaganda disseminated by the Iranian regime: “What is expected from the Danish government is not only the release of these activists, but rather their protection from exposure to assassinations and kidnapping, and to review what is reported by the media institutions of the Iranian regime that accuse them of terrorism.” She added: “Holding Iran accountable for the assassinations and kidnappings on European soil is a priority and supporting the right of citizens who have European nationalities or who enjoy the protection of those countries is an urgent matter.”

Msalmi proclaimed that Iran is the number one state sponsor of terrorism and advised Europe to start protecting the lives of Iranian dissidents: “Europe should support these victims and protect them so that they are not exposed to any threat from the Iranian regime.” Jafari concurred: “Although the regime does everything to justify its inhumane and savage behavior, the West should put human rights violations especially in ethnic areas on the agenda, while they negotiate with Iran`s government or attend UN meetings.” Mutashir took it even a step further: “The question is, where is the International Criminal Court, who always condemns Israel for defending itself yet is silent on the repression of Iran’s minorities? How can the Biden administration allow itself to restore the Nuclear Deal with this regime?” 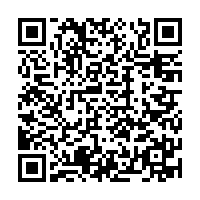