New Jersey-based Israeli-American businessman Moti Kahana was in Dubai on business last week and when he wanted to fly from Dubai to Israel, he was told Ben Gurion International was closed on account of the Corona pandemic. He flew back to the US last Friday, determined to find a way to allow Israeli citizens abroad to return to their home country in time for the March 23 vote, Zman Israel reported this week.

Kahana decided to borrow a page from the history of pre-state illegal immigration ships, the most memorable of which was Exodus (immortalized by Leon Uris). As he told Zman Israel in a call from his farm in Brandolf, NJ: Israelis who want to participate in the illegal immigration operation and arrive in Israel to participate in the elections on March 23, or for other purposes, will have to arrange a flight to Larnaca International Airport in Cyprus. There they will board a shuttle bus to a ship that Kahana plans to rent.


All passengers will have to undergo Corona tests before boarding the ship as well as another Corona test upon arrival in Israel.

The name Kahana plans to assign his modern-day illegal immigration ship is: “Democracy.”

“I considered naming the ship ‘Altalena,’ but only so they won’t shoot at us when we arrive. In the end, I chose a more appropriate name: ‘Democracy.’ We will get to vote in Israel,” Kahana said.

Altalena, a cargo ship owned by Menachem Begin’s Irgun, arrived at Israel’s shores in June 1948 loaded with weapons and fighters. It was gunned down by Ben Gurion’s Hagana.

“For the past ten years I have been rescuing Jews from Arab countries, from dangerous places,” Kahana boasted. “I don’t need to be given a quarantine hotel, I’ll take a suite at the Sheraton Hotel at my expense. I am told that the documentation of my vaccines in Jersey does not hold in Israel. ”

Is he for real? All we can go by is his statement to Zman Israel: “I will leave Cyprus by ship. Thousands of Israelis want to come. I was upset that they didn’t let me in. Israel is the only country that treats its citizens this way. Everything will work properly – people will do the necessary tests before boarding and immediately after getting off. The cruise to Israel from Cyprus will bring us to the country within 24 hours. I will pay people for the tests and also on the ship and whoever can afford a flight to Cyprus can board my ship.”

Who can resist his infectious enthusiasm? 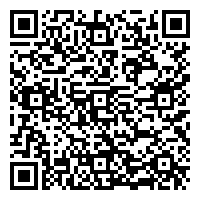