The plot was audacious: Agents of the Islamic Republic of Iran would kidnap an American citizen on American soil. Masih Alinejad, an Iranian-born journalist and human rights activist, was to be grabbed, spirited out of Brooklyn to Venezuela, and then on to Tehran where she would have been imprisoned, tortured, and, almost certainly, executed.

Earlier this month, the FBI, to its enormous credit, foiled the plot. “Not on our watch,” FBI Assistant Director William Sweeney told reporters.


Spokesmen for the Islamic Republic dismissed the charges as “ridiculous and baseless.” If you believe that, Ms. Alinejad can get you a good price on a bridge not far from her home.

How dare Iran’s leaders commit such a crime? Let’s connect a few dots. Ten years ago, Iran’s rulers planned to assassinate the Saudi ambassador to America on American soil. A bomb was to explode in Café Milano, an elegant Georgetown eatery, while Adel al-Jubeir was enjoying his antipasto. Other diners, restaurant employees and passersby on the street would have been collateral damage.

This act of terrorism was foiled only because the plotters made the mistake of involving an undercover informant working with the DEA.

In “Call Sign Chaos,” published two years ago, Jim Mattis, who headed U.S. Central Command in 2011, termed the bombing plot “an act of war.” There was no doubt about responsibility.  “I saw the intelligence,” General Mattis wrote. “We had recorded Tehran’s approval of the operation.”

He added that “only Iran’s impression of America’s impotence could have led” Iran’s rulers “to risk such an act within a couple of miles of the White House.” It was therefore essential, he believed, that the theocrats feel more than a slap on the wrist.

President Barack Obama ignored that advice. Committed to “engagement,” he was secretly negotiating with those theocrats. Therefore: “We treated an act of war as a law enforcement violation, jailing the low-level courier,” wrote Mattis. “The Iranians had not been held to account, and I anticipated that they would feel emboldened to challenge us more in the future.”
In 2012, Obama fired the general.
Three years later, President Obama, without congressional approval, transferred billions of dollars to Iran’s rulers in exchange for their promise to temporarily limit some aspects of a nuclear program that was transparently not for peaceful purposes as they claimed.

President Donald Trump withdrew from the Joint Comprehensive Plan of Action (which was neither comprehensive nor a plan of action) and imposed economic sanctions that, over the less than two years they were in place, enfeebled Iran’s economy. President Biden has prioritized reviving the JCPOA, offering Tehran a range of economic incentives, so far without result.

How will he respond to the abduction attempt? After meeting with Alinejad last week, Secretary of State Antony Blinken “affirmed that the U.S. will always support the indispensable work of independent journalists around the world. We won’t tolerate efforts to intimidate them or silence their voices.” Note: No mention of Tehran. And no mention of penalties.

Iran’s rulers have committed many other crimes and provocations, including a string of attacks by militias they support—the most recent last week—on U.S. forces deployed in Iraq and Syria.

I’ll discuss just one more outrage today. Wang Xiyue is a naturalized American citizen and doctoral candidate at Princeton. A few years ago, he embraced the “prevailing academic view” that “allegations of the regime’s malign behavior” were “American propaganda.” In 2016, he felt confident about traveling to Iran to work on his dissertation so long as he “remained apolitical and focused on historical research.”

He arrived not long after the implementation of the JCPOA and during what appeared to be a period of rapprochement between Washington and Tehran. Nevertheless, he was soon arrested, thrown into solitary confinement, forced to make a false confession and sentenced to 10 years in prison on espionage charges for which not a shred of evidence was produced.

His interrogator “made clear that my sole ‘crime’ was being an American. He told me I was to be used as a pawn in exchange for U.S.-held Iranian prisoners and the release of frozen Iranian assets.”

After 40 months behind bars, Iran’s rulers released him in exchange for Masoud Soleimani, an Iranian accused of attempting to export biological materials from the United States to Iran in violation of sanctions laws. The message sent to Tehran: By taking Americans hostage, you have nothing to lose and much to gain.

“Haybat” is a word I’ve learned from my Farsi-speaking friends. It implies the awe, majesty and fear that power inspires. Leaders who have it can stun and deter their enemies. Leaders who lack it are regarded as coyotes regard Cockapoos.

There was a time when American leaders had haybat, a time when Americans could cite what I call the Marilyn Monroe Doctrine. In the 1957 film, The Prince and the Showgirl, the character portrayed by the great star of the silver screen tells a foreign plotter who has threatened her: “I’m an American citizen. Nobody can do anything to me!”

Do Iran’s rulers think President Biden possesses haybat? Do the Taliban, Vladimir Putin and Xi Jinping? If you answered in the affirmative, I want to mention again that you can be the proud owner of a marvelous bridge in Brooklyn for a very reasonable price. 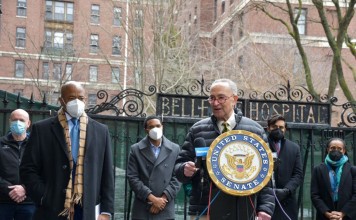 FEMA Grants $1.2B for NYC Healthcare. When Will It Arrive? 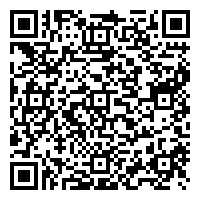