The modern Olympic Games fundamentally represent peace and goodwill among members of the international community, reflected by mutual recognition of talent and fierce sportsmanship.

So why, then, is a Palestinian-Arab team allowed to compete in the event for the seventh time without the Palestinian Authority’s ever having apologized for the Munich Massacre—which took place precisely at the Olympics—or paid reparations to the families of the slain Israeli athletes?


The long overdue moment of silence for the 11 Israeli athletes murdered by Palestinian-Arab terrorists at the 1972 Munich Olympics was certainly a step in the right direction. However, most do not know that this brutality against innocent civilians, which expresses the opposite of all that the Olympics represents, was financed by Mahmoud Abbas, the figure who would subsequently become the leader of the P.A.

This fact was included in terrorist Mohammad Daoud Oudeh’s book From Munich to Jerusalem.

When Oudeh, known by his nom de guerre Abu Daoud, died in 2010, Abbas—who already headed the P.A.–lauded him as a hero for being the planner, architect and mastermind of the Munich Massacre.

The current head of the Palestine Olympic Committee is Jibril Rajoub. Instead bringing Israelis and Palestinian Arabs closer through the Olympics, Rajoub led the fight against the moment of silence, and then proceeded to praise Olympic athletes who refused to compete against Israelis.

One such athlete was Algerian judoka Fethi Nourine, who refused to face off with Israel’s Tohar Butbul. Posting a photo of himself on social media with Nourine, Rajoub expressed appreciation for his “courageous stance refusing normalization.”

Rajoub also told an Algerian radio station that “we worked a lot to reach the Olympics … but the Palestinian cause is greater than all of this.”

In June 2018, Rajoub made headlines for calling on Argentina to cancel a friendly soccer game against Israel, and encouraged “everyone to burn their [Lionel] Messi shirts and pictures, and to renounce him.”

The death threats against Argentina and Messi led to the team’s canceling of the match, and spurred the international soccer federation FIFA to fine Rajoub $20,000 and suspend him for a year.

The outrageous behavior of the Palestinian-Arab leaders is not surprising, as the P.A. is the only authority in the world with a law that rewards the murderers of Jews and Americans. The P.A. budget for this “pay-for-slay” policy is now more than $350 million, or approximately 7 percent of its entire annual budget.

The hatred is not just contained in this one law; it is systemic, embedded in all of its educational and cultural institutions, which hold up the killers of Jews as people to emulate. Indeed, schools, sports events and streets are named after terrorists.

Meanwhile, the current Palestinian-Arab Olympic team is made up of seven athletes, none of whom met the minimum qualifying criteria for the event. They were allowed to compete under an Olympic “Wild Card”—a special process for underrepresented countries. It is also obvious that under Rajoub’s tutelage, most if not all of these athletes would follow Nourine’s example and forfeit, rather than compete against an Israeli.

In full contrast, the epitome of Olympics spirit is Saeid Mollaei, a former Iranian judoka now representing Mongolia, who took home the silver medal in the men’s 81-kilogram division, losing the gold to Takanori Nagase of Japan.

It was the first Olympic medal for Mollaei, two years after he left his native Iran, revealing that his national-team coaches had ordered him to lose in the semifinals of the 2019 World Championships in Tokyo, to avoid facing Israel’s Sagi Muki in the final. Mollaei subsequently moved to Germany and then acquired Mongolian citizenship. Mollaei and Muki became friends, and Mollaei also dedicated his silver medal to Israel.

The organizers of the Olympics have indicated that they want to put an end to people forfeiting matches to avoid facing any country (although in reality, this appears only to happen only against Israelis). But this is not enough. Instead of giving the P.A.  team special treatment and “Wild Card” entries, it should make clear that any team advocating against facing Israeli athletes will not be admitted to the games. It should also make clear that an apology for Munich and reparations for the massacre should be the minimum required for P.A. participation.

There is a famous Talmudic expression that those who are merciful to the cruel are destined to be cruel to the merciful. The Olympics can serve as an example, by putting an end to the outrageous conduct of athletes who refuse to compete against Israelis and honoring athletes like Mollaei. This would enhance the ethics of the Olympics and bring the world closer to the prospect of peace. 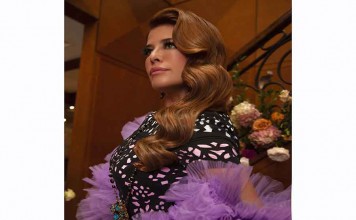