Ireland’s legislative lower house (Dáil) on January 29 approved a bill that would make it a crime for Irish citizens to import or sell any product produced by Israelis in areas located beyond the 1949 armistice lines, most of which, such as Jerusalem, were actually liberated by Israel during the 1967 Six Day War from their illegal occupation by Jordan in 1948-49, after Israel was attacked by five Arab armies who were literally hoping to crush it the day of its birth. In 1967, Egypt, presumably hoping to finish the job it had started in 1948, created a casus belli (cause for war under international law) by announcing a blockade of Israel’s access to the Red Sea via the Straits of Tiran.


So, Ireland has actually turned history on its head: it has sided with the aggressors and demonized the victim, all under the self-righteous guise of moral preening. The proposed Irish law would ban goods produced by Israelis in the West Bank and East Jerusalem from being marketed in Ireland.

The vote was 78 in favor, 45 against, with three abstentions. The “Control of Economic Activity (Occupied Territories) Bill 2018” received the backing of the government’s two main opposition parties: Sinn Fein and Fianna Fáil. Sinn Fein is a long-time supporter of the Palestinian-led movement to try to destroy Israel by strangling it economically. The proposed law is opposed by the minority governing party, the Fine Gael. Previously approved by the upper house (Senate) in a 25 to 20 vote on 11 July 2018, the bill has yet to be signed into law by Ireland’s Prime Minister.

To date, the European Union (EU) has not weighed in on the bill’s legality under current EU trade regulations. Ireland, as an EU member state, is subject to the EU’s commercial rules. EU trade rules may prohibit Ireland’s unilateral action, as an EU treaty requires common commercial policy for all member states.

This legislation may also have legal and political consequences for American corporations with affiliations in Ireland. If US companies refuse to abide by the boycott of Jewish settlement-produced goods, they could be contravening Irish law.

Additionally, the bill could adversely affect Ireland’s trade with the United States, as the US government strictly opposes companies participating in any foreign boycotts it has not approved. This potential predicament, according to Arizona State University law professor Orde Kittrie, “could force US companies with Irish subsidiaries to choose between violating the Irish law or violating US Export Administration Regulations.” If the bill does become law, harsh penalties could be meted out for violators, including a fine of 250,000 euros ($285,000) or five years in prison.

The Irish electorate’s feelings about the Israeli-Palestinian conflict are possibly influenced by continual public displays of Irish hostility toward Israel, such as the Ireland Palestine Solidarity Campaign (IPSC), which helps organize anti-Israel events in Ireland. The annual “Israel Apartheid Week” was held this year from February 23 to March 3. Others take place throughout the year. In June 2018, for example at a Tesco supermarket in Dublin, anti-Israel activists removed Israeli vegetables from the store’s shelves.

What is most notable, of course, is that there is no commensurate hostility toward any other country, such as Turkey for its invasion and occupation of Cyprus in 1974 or northern Syria in 2018; China for its invasion and destruction of Tibet in 1950, or Pakistan for its continuing incursions into Kashmir. Ireland’s rancid vote also needs to be contrasted to its virtual silence regarding countries that are daily committing hair-raising crimes against humanity, such as Iran, China, Turkey, Syria, North Korea, Russia, Saudi Arabia, Nigeria, Mauritania, Cuba, Venezuela or Sudan, for instance. Why, only Israel? What is now on display is a hypocritical condemnation by Ireland of the only democracy in in the Middle East with equal rights for all its citizens.

The country’s civil society institutions, such as the Union of Students in Ireland, or the Irish National Teachers Organization which issued a memo of concern over alleged human rights abuses against Palestinians, while disregarding more than 70 years of human rights abuses by Palestinians, which range from massacring athletes at the Munich Olympics, airline hijackings, to throwing an elderly, wheelchair-ridden Jew into the ocean to drown, or to firing hundreds of rockets last year into Israel.

Activists in Ireland have also been attempting to mobilize Ireland’s citizens to boycott the Eurovision song contest to be hosted by Israel this May. In addition, Irish citizens have also been busy in Northern Ireland, considering that the Irish Congress of Trade Unions in Belfast voted to endorse moves to choke Israel economically as early as 2007.

In addition, Ireland is home to organizations such as Trócaire and Christian Aid. Trócaire, in particular, has a record of anti-Israel activity, including lobbying to prevent the Jewish state from joining the Organization of Economic Cooperation and Development (OECD). In November, 2017, Trócaire signed a statement, written by Cairo’s Institute for Human Rights Studies, highly critical of Israel’s putative human rights violations in the territories, when, unfortunately, the real violations against the Palestinians are by being inflicted on them by their own leaders: Mahmoud Abbas in the West Bank and the terrorist organization Hamas in the Gaza Strip.

Sadly, there is no evidence that Ireland’s “pro-Palestinian” activities are in any way helping Palestinians, who continue to be arrested, tortured and deprived of any viable future by their own corrupt leaders. Most European the activities seem to be more focused on trying to destroy Israel.

The false narrative image of Jewish settlers moving onto supposedly “Palestinian” lands — although the Jews have lived on that land continuously, despite non-stop efforts to dislodge them — for more than 3,000 years. There were no “Palestinians” — apart from the Biblical Philistines and everyone — Jews , Muslims and Christians — during the British Mandate (1923-1948), when the area was called “Palestine.” As noted by an Arab PLO faction leader, Zuheir Moshen, in the Dutch newspaper Trouw in 1977, the word “Palestinians” was made up:

“There is no difference between Jordanians, Palestinians, Syrians and Lebanese. We are part of one nation, the Arab people. I myself have relatives with Palestinian, Lebanese, Jordanian and Syrian citizenship. We are one people. Just for political reasons we endorse our Palestinian identity. This is because it is in the national Arab interest to stimulate the existence of Palestinians as opposed to Zionism. Yes, the creation of a distinct Palestinian identity had only tactical reasons. The creation of a Palestinian state is a new means to continue the fight for Arab unity and against Israel.”

If one wants to hate, of course, any rationalization will do; it might be convenient for the Irish to imagine there is a similarity between the English in Ireland and the Jews in Israel, but it is reach, tailored in retrospect to fit the wished-for pretext.

There was a time when Irish sympathies were decidedly pro-Zionist. In the early 20th century, considerable commentary in Zionist circles and among Irish nationalists existed noting the similarity of the struggle both the Jews and the Irish underwent to achieving independent nation-states.

This historical romance between the Jews and the Irish dates back at least to the Ireland’s famine years (1845-1852) which killed about a million Irish citizens, with another million emigrating abroad. The greatest contributor to relieving the famine during the “Great Hunger” was the British Jewish financier Baron Lionel de Rothschild. Some of New York City’s Jews, a number living in neighborhoods adjacent to Irish immigrants in lower Manhattan, were also generous. In 2010, then President of Ireland Mary McAleese paid tribute to that generosity by visiting the Congregation Shearith Israel synagogue, now located in uptown Manhattan, to thank the Jewish faithful for their kindnesses, 163 years prior.

Ties between Jews and Ireland date back to even earlier times, when in 1712 Sephardic Jews fleeing Catholic Portugal were given refuge, ironically, in Catholic Ireland. Similar refuge was extended to Jews fleeing pogroms in the Russian Empire in the late 19th and early 20th centuries.

Some of Ireland’s Jews also played significant roles in helping Ireland achieve independence from Britain. Eamon de Valera, one of the political leaders of the 1916 Irish rebellion and later Prime Minister and President of an independent Ireland, had a close relationship with the “Sinn Fein Rebbe”, Rabbi Isaac HaLevi Herzog. Herzog became Chief Rabbi of Ireland, and his son Chaim served as the State of Israel’s sixth President (1983-1993). Another revered Irish Jew is the former twice-elected Mayor of Dublin, Robert Briscoe. He was the Irish Republican Army’s principal procurer of guns from America and Germany during Ireland’s War of Independence from Britain.

Sons and daughters of St. Patrick who are of good will toward the sons and daughters of Abraham may ask: what can be done to restore amity between these two peoples? Substantial funding by friends of Ireland and Israel to buttress the efforts of several pro-Israel lobbies in Ireland might considerably assist this effort. These groups could include the Ireland Israel Solidarity Movement, the Irish Christian Friends of Israel, the Ireland Israel Alliance, and the Oireachtas (National Parliament) Friends of Israel.

Ireland would do well to stop its unjust assault on a fellow democracy and work to cleanse its own image, as well as that of a country that began 70 years ago with nothing but sand and malaria and, on a scale of countries, surely deserves a seat near the top. Neither Israel nor Ireland is perfect country — what country is? — but Israel has brought much good to the world, as well as to its own Arab citizens. If you can find one Arab Israeli who would prefer to leave, no one is stopping him. Where is the exodus that some of the Irish might imagine should be taking place in a country supposedly so appalling?

Finally, who in Ireland is asking what is the source of financial aid flowing to those in Ireland who would like to destroy Israel? One possible source of funding might be the radical Muslim Brotherhood.

For those who might doubt the shared values Israel and Ireland, they might recall the codename of former Jewish underground fighter in Mandatory Palestine, and later Israeli Prime Minister Yitzhak Shamir, was “Michael Collins” — after the great Irish military hero. 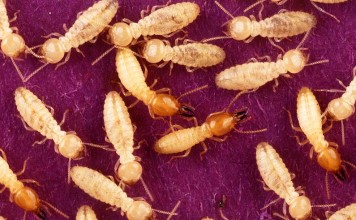 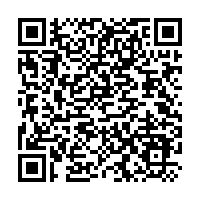