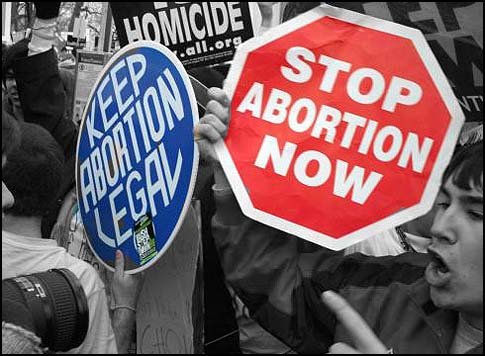 “Abortion on demand is as real a thing as abortion streaming,” someone recently claimed who calls Rav Aharon Lichtenstein his rebbe. Rav Lichtenstein had a far less dismissive view, writing in an essay from 2005 that abortion “on demand is a moral abomination, whoever the fetus may be.”

For generations, unrestricted and subsidized abortion has been a left-wing aim. Feminists Carol Downer and Marlene Dixon wrote respectively in 1972 and 1983, “We want abortion on demand” and “Abortion on demand is the right of every woman.”

In 1977, a member of France’s Movement for Freedom of Abortion and Contraception (MLAC) likewise stated, “We want abortion on demand – and free.” Former Knesset Member Marcia Freedman recounts in her memoir about the 1976 convention of the Israeli Association of Obstetricians and Gynecologists:

The doctors were listening to a paper on the latest advances in obstetric surgery when a small group of women carrying placards and shouting slogans entered through a side door of the Hilton that led directly into the main ballroom of the hotel. The demonstrators marched noisily across the room and onto the dais. They stood facing the audience, shouting slogans that demanded legal and free abortion.

More recently, British author Laurie Penny wrote in a 2014 article, “So here, in case it wasn’t clear, is my position. Abortion should be available on demand, without restrictions.”

In America, the Democratic Party has become the chief driver of abortion on demand. Jimmy Carter signed 1976’s Hyde Amendment – which prohibits federal funding of abortion in almost all cases – but 40 years later Hillary Clinton ran on a platform promising to end the amendment.

Democratic candidates for 2020 who seek abortion subsidies include Kirsten Gillibrand, Kamala Harris, and Bernie Sanders. “Yes, yes, yes, yes, yes – I would do that,” Gillibrand said in February when asked about ending the Hyde Amendment.

In contrast, “President Trump is governing as the most pro-life president in history,” according to the Susan B. Anthony List. This fact should have profound significance for Orthodox voters. Speaking in the year of the Hyde Amendment’s passage, former YU President Rabbi Norman Lamm condemned the “desacralization of life  – whether in the form of benevolent euthanasia or free and easy abortions.”

Addressing the prohibition of abortion under the Sheva Mitzvot Bnei Noach, Rabbi Shimon Cowen observes in The Theory and Practice of Universal Ethics: “The opposition of Noahide law to the abortion of an unborn life, except in very special circumstances, embodies one of the deepest norms of human society, the protection of life.”

Rav Joseph B. Soloveitchik once wrote, “Our task was and still is to teach the Torah to mankind…to teach the world the seven mitzvot that are binding on every human being.”

The next presidential election will involve issues of the most basic morality. If halacha is more than a set of intricate social practices – if it also reflects divine values – how can Torah Jews vote for a candidate who would subsidize shefichut damim? 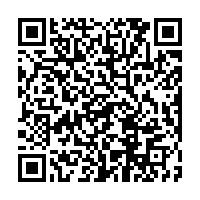