In an unprecedented interview in Kabul with a reporter from Tel Aviv daily “Yedi’ot Aharonot,” Afghan President Hamid Karzai hinted at a desire to establish formal relations with Israel. While the euphoria that accompanied presumptions of imminent full diplomatic relations was quickly tempered by preconditions, the warming of ties between Afghanistan and Israel sets Kabul’s policies in sharp contrast to those of neighboring Iran, where President Mahmud Ahmadinezhad has called for the destruction of the Jewish state.

According to the article, Karzai had met Israeli Deputy Prime Minister Shimon Peres and called him “a dear man, a real warrior for peace.”


Israel’s response to this news was “muted,” but Ha’aretz reported that unnamed Israeli political sources believed that such a move by Afghanistan would represent “another important step on the road to recognition of Israel by the Muslim world.”

That recognition of Israel never happened, in part of because of pressure from Iran, but even so — the current debacle in that country is also likely to have an effect on relations between the Muslim world and Israel.

The website Breaking Defense looks the fall of Kabul, and the way it happened, in the context of the deteriorating situation of the Middle East in general:

In private talks with top Israeli defense and political sources alike, the view was echoed that the US drawing down in the region and the fall of Afghanistan, combined with ongoing aggression from Iran and political instability in Lebanon, all tie together into a potential regional bonfire. One senior source even raised concerns that Jordan or Iraq “be thrown away in one well planned act of the extreme jihad.”

The article also quotes retired Major General Amos Yadlin, who served as the chief of military intelligence of the IDF. Yadlin suggests that one result of the disillusionment with the US is that countries in the Middle East will look to improve their relations with Russia and China.

Yadlin noted, it’s possible that the fall of Afghanistan could create space for Israel to strengthen defense ties with countries who may be looking for a more localized partner.

In other words, the tragic fall of Kabul could lead to a strengthening and even expansion of the Abraham Accords.

Elliott Abrams expands on this point, noting how Afghanistan illustrates why the Abraham Accords happened in the first place:

What is happening in Afghanistan will deepen the impression among Arab governments that they cannot rely on the United States to protect their security as they used to. So those states have increasingly drawn the conclusion that they have one neighbor who unlike Iran or Turkey poses no threat to them, and who continually displays a firm willingness to use military power against its enemies. That’s Israel. Israel in addition has a modern economy based on exceptional high-tech achievements, and maintains not only a close alliance with the United States but working relationships with Russia and China. For the Arabs, then, the Abraham Accords were at long last the victory of self-interest over ideology –and over outmoded versions of Arab nationalism and support for Palestinians. [emphasis added]

In addition to pointing to how the Accords may be strengthened by these recent events, Abrams also draws a connection between Arab nationalism and support for the Palestinian Arabs.
It’s worth taking a closer look at the implications of that linkage and what it may mean.

The Palestinian Arabs reject the Abraham Accords because of the normalization of relations with Israel. More than that, despite the UAE insisting that Israel still must work towards a Palestinian state, the Palestinians still see the Accords as an abandonment of their cause.

When Abrams refers to “outmoded versions of Arab nationalism,” he is talking about Arab pan-nationalism which sees all Arabs as one nation, a supra-national community. That is what Nasser envisioned with his establishment of the United Arab Republic, which started with Egypt and Syria, but was supposed to grow into an even larger pan-Arab state.

Instead — today, Arab countries are developing their own individual, unique national identities — tied to their own interests, including their defensive needs. Seen this way, the growing estrangement of the Arab world from the Palestinian cause is more than an issue of antagonism towards the Palestinians and their requests for money.

This growing individual, Arab nationalism, may also help explain the lack of response in the Arab world to the situation of the Uyghurs in China, with whom they may not find common cause, just as they do not find common cause with the Palestinian Arabs as they once did.

Afghanistan is now learning the same lesson that the Uyghurs — and a growing number — have learned. As Shoshana Bryen, senior director of the Jewish Policy Center, writes in Newsweek:

The Afghan people—like the victims of Syria’s Bashar al-Assad, ISIS in the Middle East and increasingly in Africa, Iran’s mullahs and their proxies, and China’s genocidal policies against its Uyghur and Tibetan people—are now also victims of the “international community” and its haughty platitudes. [emphasis added]

If Israel can prove itself to be above such platitudes and be a truly reliable ally, it will go a long way towards assuring its own security, and peace in general, in the region.
Advertisement 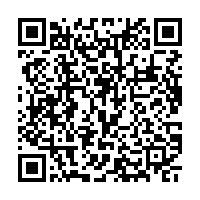