I would like to review once again some of the accusations thrown about against Israel, to check them in view of the facts, the history and the law. I know that those who have a psychological need to hate Jews and the Jewish state won’t budge an inch from their preconceived notions. Those types of people never let the reality muddle their prejudices. However I believe there are many people, and hopefully many young people, who still have an open mind.

So, the accusation for today is: Israel has placed Gaza under a siege.
Let’s mention a few famous sieges from history:

Troy was besieged over nine years and fell to the Greeks.

Yerushalayim (Jerusalem) was besieged by the Assyrians and wasn’t conquered. Later the Babylonians besieged Jerusalem, in the end taking and destroying the city. The siege of Jerusalem by the Romans in the year 70 lasted a few weeks and ended with the fall and total destruction of the city.

In modern times the siege of Sevastopol lasted a year and the city fell to the French and British. The siege of Vicksburg ended with the fall of the city to the Union army, as did the siege of St. Petersburg.

In 1947-1948 the siege of Jewish Jerusalem by Arab forces failed to take the city.

The common denominator of hundreds and perhaps thousands of sieges throughout history is that the besieging forces on the outside were at war with those on the inside. The goal of the besiegers was almost always to take the city or area under siege. Did the besiegers allow food, water, medicine and other supplies to enter the besieged city? Are you kidding – of course not!
Is Gaza under siege?

The online Oxford Dictionary defines a siege as “a military operation in which enemy forces surround a town or building, cutting off essential supplies, with the aim of compelling those inside to surrender”. The Merriam-Webster writes: “a military blockade of a city or fortified place to compel it to surrender”.

Does this apply to the situation between Israel and Hamas-led Gaza? Let’s see:
A] Israel withdrew all of its civilians (about 8,600 people spread over 21 communities) and all of its soldiers from the Gaza Strip in 2005. Do you hear – not only is Israel not interesting in taking Gaza – it left over 10 years ago and since then Israel has no interest in returning!

B] Essential supplies – Israel allows the flow of basic foods, construction materials (supposedly to rebuild homes but usually siphoned off to build attack terror tunnels into Israel), water, electricity, and medical supplies. There are Arabs who cross over from Gaza to Israel in order to receive medical attention. Is this a siege?

C] Israel does indeed deploy a naval blockade of the Gaza Strip. This is for the simple reason that the people ruling in Gaza, elected by its people, are Hamas – an Islamists terror organization that has declared a war of extermination not only against Israel, the Jewish state, but against the Jewish people wherever they may be. This blockade is legal under international law, as proven by UN-sponsored Palmer Commission Report (2011), as it serves to prevent weapons coming into Gaza, such as rockets from Iran that can cause death and destruction among the civilian population of Israel. Any state can and must defend itself and its citizens, especially against a maniacal regime more bent on killing its neighbors than on building a good life for its own people.
Israel goes beyond its obligations and allows basic supplies as well as water and electricity to pass through its borders on the way to Gaza, but Israel certainly doesn’t have to allow Gaza to acquire more and better weapons with which to kill Israelis!

In summary: Israel doesn’t want to conquer Gaza; it doesn’t want Gaza to surrender; all it wants is peace and quiet. If the people elected to run Gaza by its people – Hamas – would rule for the good of its people, Gaza could become a paradise, or at least a Singapore which has a denser population than Gaza, but seems to be doing well. 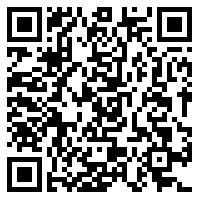