Mishnah Demai 4:1 states that “One who buys fruits from someone who lacks legal credibility with regard to tithing, and then forgot to tithe them (before Shabbat) – may ask the seller about them on Shabbat, and may eat them on the basis of his assurance.”  Why does a noncredible seller suddenly become trustworthy on Shabbat?  Bartenura explains that halakhically unsophisticated Jews regard lying as a violation of the sanctity of Shabbat. Therefore, such Jews are believed on Shabbat even regarding laws that they don’t observe themselves.

Lying is not a halakhic violation of Shabbat.  Should we educate people out of thinking that it is?  After all, they are correct experientially; one’s Shabbat should feel diminished by a lie.


Netziv (Haamek Davar Shemot 35:1-3) suggests that from the very beginning of Torah there was a popular tradition that grew up alongside the intellectual tradition.  Moshe Rabbeinu was well aware of such (mis)understandings, and where they tended to legal stringency, he did not try to uproot them.

For example:  Netziv contends that the populace in Moshe’s time translated “lo t’va’aru eish” in Shemot 31:3 as “do not allow a fire to burn”, while the intellectuals translated it as “do not light a fire”.  The popular position therefore left no home fires burning from before Shabbat.  No Shabbat candles, no chulent!

Netziv is fully aware that this popular tradition eventually became the position of the Sadducees, while the Rabbis were heir to the intellectual tradition.  We light Shabbat candles and prepare cholent to emphasize our rejection of the Sadducee position. Does this mean that Moshe was wrong to tolerate the strict interpretation?

One might respond that mistakes are inevitable, and we can’t tell which current mistakes will cause real problems in the future.  But Netziv takes a different approach.  He argues that Shabbat is a uniquely subjective mitzvah, which Moshe was commanded to explain in a fashion that gave experiential discretion even to those with limited intellectual comprehension.  Therefore, calling a popular intuition about Shabbat a “misunderstanding” may be a misunderstanding.

The opening of Parshat Vayakhel, which was a presentation to the entire community, represents Mosheh’s explanation of Shabbat in broad categories to those incapable of more precise comprehension.  Moshe presented Shabbat to them in that way in order to legitimate their subjective understandings of what is required for the holiness of Shabbat, even if those understandings did not fully cohere with other halakhic data (so long as they do not permit what formal halakhah prohibits).  The Sadducee position represented one such understanding.  Netziv even argues that it was true intellectually with regard to the construction of the Mishkan that work could not be left from before Shabbat to be completed by itself on Shabbat.

Over time, it became urgently necessary to oppose that understanding.  Why? Perhaps because the mimetic tradition began to see itself as exclusively valid, and delegitimized the intellectual tradition.  Another possibility is that the Sadducee position in the end turned out not to be a stringency, but rather, after the first generation, became a felt burden that diminished the positive mitzvah of enjoying Shabbat, and diminished rather than increased the feeling of holiness.

Netziv himself suggests that the legitimacy of subjective interpretation only applied to the first generation, and thereafter the very same text was properly appropriated for the exclusive use of the intellectual tradition.  Nonetheless, it seems likely to me that he preserves the value of experiential discretion with specific regard to Shabbat.  Accordingly, halakhic rulings with regard to issues of “Shabbasdikness” should be made with great deference to mimesis and with a deep appreciation of subjectivity taking precedence over the desire for consistent rules.

One challenge of course is that popular intuitions are rarely unanimous, and one person’s clear uvda d’chol is another’s oneg Shabbes.  Thus, for example, R. Ben Tziyyon Abba Shaul permits rollerskating on Shabbat, because why not?  But he forbids bicycle riding on Shabbat because it is an example of “Things which are formally permitted but that others have the practice of treating as forbidden”, which one may not declare permitted in their presence.  He concludes that in such cases the prohibition should be understood as narrowly as possible, and thus he permits tricycles.

As with the case of lying on Shabbat, there may be a spiritual truth preserved here that halakhic scholars should reckon with.  There is a natural tendency for beit midrash halakhah to become detached from ordinary human experience, and not only to forbid what should be permitted, but also to permit what should be forbidden.  Halakhic expertise can and often does find ways to legally permit what every layperson knows to be unethical.  When that happens, the community’s job is to call its scholars to account.  The same is true when halakhic expertise forbids what every layperson thinks is ethically necessary, although in such cases Netziv’s model suggests compellingly that the popular understanding cannot be practiced unless and until it finds sufficient support among the scholars. 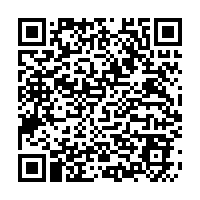