It’s become a tradition in my office: Just prior to Yom Kippur I receive a spate of calls from a number of people, most of whom are not my patients, who’ve heard of me from relatives or friends, attended one of my lectures, or just looked up a random therapist who is Orthodox.

What these callers have in common is that all ask me how to deal with their sense of guilt. My standard response is, “Speak with your rabbi.” Many say they have spoken with rabbis but want a psychologist’s perspective. So I go on to say, “If you did nothing wrong, you should have no guilt. If you did wrong, take the punishment, whatever it may be, learn from your errors, and grow.”


For some of the callers, that is enough. For others, however, there is a sense of foreboding, discernible from their tone. They are petrified, fearful of some great impending doom.

Just to be clear, I am not one to overlook a crime that may have been perpetrated or belittle a sin someone may have committed. If the caller confesses to something concrete, I will inform him what action must occur. But most of the callers, especially those with “guilt horror,” have done little or no wrong, to others or themselves, save for their foreboding guilt.

Many of these callers seem to be suffering from “scrupulosity.” Scrupulosity is a psychological disorder. It is characterized by fear of religious or moral guilt, can be very distressing and dysfunctional, and may lead to significant social impairment. What sets it apart from Obsessive-Compulsive Disorder is the stringent religious component that people with scrupulosity suffer with. Perhaps worse is the fact that many who suffer with it do not see their problem as the hindrance it truly is.

To further clarify, those who take their religious practice seriously, attend services regularly, pray as instructed, and enjoy their spirituality are not deluding themselves. Quite the opposite – they are growing in their piety and appreciating what their devotion has to offer them.

Those with scrupulosity, however, view their religious practice as a compelling burden that if not achieved will surely bring devastation upon them. For such individuals, there is never a sense of “Ivdu et Hashem b’simcha.”

Many ask questions about their prayers – “If I missed a word…” or “I did not hear the chazzan say…” Others ask about their sartorial choices – “Did my wearing a cap instead of a regular hat mean my prayers were not good enough?”

Others tell me they had a question of kashrut and asked a rabbi but were unsure if the rabbi completely understood the question because he gave what they consider a permissive response.

Still others are so rigid about the amount of time and intensity spent in Torah study that they are stuck in a pattern of learning in which they retain none of the material they’ve reviewed.

Speaking with someone suffering from scrupulosity is not unlike dealing with a clever, paranoid individual who has an answer to every objection – except that the clarity an intelligent person usually has is lacking.

Those with the disorder have a rigid rationale for every distressing thought and dysfunction in both their religious actions and life in general. Their approach is logic-tight, which is to say it is unwavering even in the face of sound argument to the contrary. And despite the fact that they call me and others to help them address their guilt, they are closed-minded to the point of ignoring accepted truth if it conflicts with their irrational beliefs.

This is not to say that all people who suffer with scrupulosity are exactly alike in their guilt patterns. What they are alike in is their impenetrable fundamentalism and lack of religious flexibility and sensitivity to spiritual nuance.

Guilt is a normal reaction to having done something wrong. Those without a sense of shame or remorse are called psychopaths or suffer from an antisocial personality disorder. That is the complete other end of the guilt spectrum.

Those with scrupulosity do wrong – but only to themselves and their close family members by allowing guilt, pain, and fear into their lives while blocking out joy. They are not practicing their religion. They are victims of a malady.

Scrupulosity is a disorder that should not be dismissed. It needs to be correctly treated. 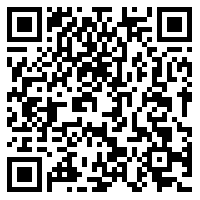