The U.S. Senate failed to secure enough votes to block the Iran nuclear agreement, which is not a good deal for either America or Israel.

The leadership of Iran’s theocracy does not want peace. Ayatollah Khamenei, the real leader of that government, wrote on his twitter account on September 9 that “God willing, there will be nothing of the Zionist regime by the next 25 years,” and that until the time of Israel’s disappearance, there will be “no moment of serenity for Zionists.”


On his website, he is quoted as saying that the Americans “behaved well in the talks, but we didn’t and we won’t allow negotiation with the Americans on other issues.”

This is the government we have made a deal with. For Iran, it is a very good deal. It ends the economic sanctions that have long been imposed on Iran by the U.S., the UN, and the EU because of Iran’s unwillingness to comply with nuclear nonproliferation agreements. These sanctions have had a crippling affect on Iran’s economy. Here’s what we know about how these sanctions have impacted Iran:

* In April 2015, U.S. Treasury Secretary Jacob Lew estimated that Iran’s economy was 15 to 20 percent smaller than it would have been had sanctions not been stepped up in 2012, and cost the country $160 billion in lost oil revenue alone.

* More than $100 billion in Iranian assets in other countries has been frozen by these sanctions.

* The value of the rial, Iran’s currency, declined by 56 percent between January 2012 and January 2014, a period in which inflation reached some 40 percent, according to the Congressional Research Service.

This crisis led to the election in 2013 of President Hassan Rouhani, who promised Iran’s increasingly restive middle class that he would end the country’s isolation and restore its economy. It is clear that the sanctions were working. We could have pushed for a better deal.

So, in exchange for what amounts to a promise to be “good,” the sanctions will be lifted. This will free up the more than $100 billion in frozen Iranian assets that will end up being used to fund Iran’s military machine. This money will not be used to rebuild the country’s crumbling oil infrastructure but rather to fund Islamist militants fighting throughout the Middle East and their efforts to destroy Israel.

It’s naïve on the part of President Obama to think that the end of sanctions will lead to a better life for the Iranian people. It will lead to more danger for Israel, the region, and the world.

Supporters of the deal insist it includes a verification process to ensure that Iran will not be working on nuclear weapons. But while the deal provides for inspection of Iran’s military facilities, it does not permit surprise inspections. The Iranians will have ample notice. What is to stop them from moving any prohibited activities to another location when the inspectors come? Absolutely nothing. We’re trusting a regime that does not deserve our trust.

Finally, the agreement does not end the prospect of Iran one day being able to build and use nuclear weapons. The agreement only puts off the day when Iran will be able to go forward with the development of nuclear weapons. When that day comes, we’ll all be in trouble.

This is also based on our assumption that Iran will comply with all of its obligations under the agreement. But there is no guarantee they will. And if they violate the agreement, what will we do? Iran can always escalate its nuclear program, calculating that the U.S. will be unable to convince the other powers to reinstate sanctions once they’ve been lifted. We will then be in a more difficult position than we are today.

Given how the sanctions had taken a toll on the Iranian economy, we could have gotten a better deal. The Iranians needed a deal more than we did. By negotiating a bad deal, we have only strengthened the Iranians and endangered Israel. 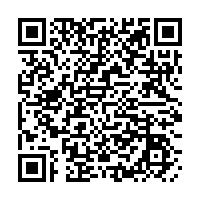