It was hard not to notice the big difference between the coalition’s attempts to make up the votes necessary to promote the IDF scholarship bill last week and Justice Minister Gideon Sa’ar’s remarks on the shortage of votes necessary to authorize the law to regulate settlements in Judea and Samaria. In that instance, coalition party leaders placed the blame on the Likud.

Sa’ar is now placing the blame on his fellow coalition members. Likud members have recently started to believe Sa’ar has softened his position against the establishment of a government under Opposition Leader Benjamin Netanyahu, and that with his party’s prospects up in the air, he now finds this option preferable to another election. These Likud members also know that messages are now once again being intensively relayed between Netanyahu and the Justice Ministry.


If their assessments are correct, then the Judea and Samaria law is just an excuse. A government is not brought down only by the failure of a certain law to pass the Knesset but as a result of a strategic decision. It may be that Sa’ar has issued the coalition a final test. Should the coalition succeed, it will be afforded additional time to repair itself. But if it fails, it will fall faster than we thought.

The vote is a test for Ra’am and Meretz, who oppose the law, but also Yamina MK Idit Silman, who for the first time will be forced to vote against the government and risk announcing her resignation from the party. Should Prime Minister Naftali Bennett and Lapid succeed in consolidating the support of all 60 coalition members, they could potentially warn Silman not to vote against the government.

Sa’ar’s announcement, which holds the coalition and not the opposition responsible, proves that party leaders from the nationalist camp were right not to categorically and overwhelmingly support the coalition. This is their government. They made their bed. Let them lay in it. Sa’ar on Tuesday said what many, including in the coalition, are thinking: A government incapable of passing critical legislation has no right to exist.

In the meantime, elections are in the air. Finance Minister and Yisrael Beytenu party head Avigdor Lieberman is ramping up his anti-Haredi messaging in what appears to be a campaign move. Sa’ar is now pulling to the Right, as is Bennett. And on the Left, they are willing to yield on more issues than they were in the past. According to all the assessments, even if a solution is found for the Judea and Samaria law next week, the next challenge is already around the corner, and everyone knows how it is destined to end. 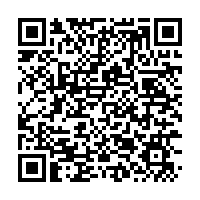