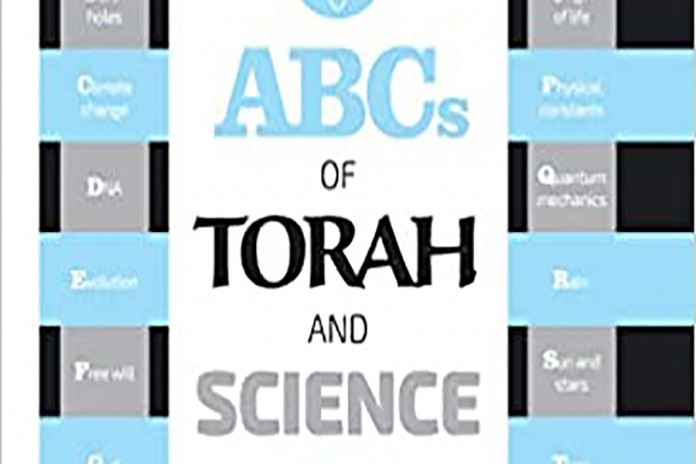 Several works in recent years have dealt with the topics in the intersection of science and Torah, particularly with real or apparent challenges or contradictions between what appears in Tanach or Chazal and modern scientific understanding. Rabbi Dr. Presby’s book, ABC’s of Torah and Science, is a welcome addition to my bookshelf on the topic, though it shouldn’t be the only book on the shelf.

The book represents a compilation of the author’s lecture series to Jewish educators, and this might be the book’s target audience. However, I think it would also be accessible and engaging to bright teens who are interested in Torah and science. It can serve the useful purpose of kiruv rechokim as well as kiruv kerovim. My only concern is that these topics are more nuanced and multifaceted than presented here (coming from popular lectures); a reader who thought to confidently engage in debate might quickly be disabused of their ideas and come to doubt the entire enterprise.

The book covers an array of topics, one for each letter of the alphabet – including the age of the earth and universe, climate change, evolution, the sun and stars, and vision. Its dual aim is to explore the wonder of Hashem’s creation and to bolster confidence in the legitimacy of the “Torah perspective,” meaning either the traditional understanding of these topics or a means of saying that Chazal are correct in scientific pronouncements. I’ve investigated some of these topics myself and, while I don’t always agree with the author, I believe that boosting such confidence and exploring this perspective are quite valuable.

The author’s credentials include learning from Rav Avraham Pessin, zt”l, of Monsey for over 40 years, and being a prominent physicist in the field of photonics, with his bachelor’s degree and doctorate in physics from Yeshiva University. He’s grappled with the issues, writes in an inspirational manner, and impressively goes into minute scientific details, which aren’t always necessary for his argument but which work to show he knows his stuff.

Because these are transcriptions of lectures, the footnotes are sparse, and primarily point to rabbinic sources where one can find the Gemara or Rambam being cited. A second edition would do well to expand these to include snippets of the cited material in context, as well as sourcing the scientific material. This would be invaluable to students and to educators who wish to develop source packets. Additionally, my attitude towards popular Torah literature, generally but particularly in the kiruv realm is “trust but verify.” Not that, G-d forbid, I think he’s trying to trick anyone, but different people interpret rabbinic and scientific sources in different ways, and expertise in photonics, or math, doesn’t translate to unerring interpretation in a Gemara, the history of science, or zoology.

Presby points out that the scientific endeavor is, by definition, provisional. What is accepted scientific consensus today may be overturned tomorrow, so it shouldn’t necessarily be taken as refutation of a Torah position (such as evolution). In discussing the Earth’s age, he mentions Kelvin’s influential estimate of less than 100 million years, and that almost all his scientific contemporaries arrived at similar conclusions. Kelvin’s proof was disproven by the discovery of radioactivity. We can extrapolate to our own times, and our own assumptions that present scientific belief is unassailable. I mostly agree, but left unmentioned was Kelvin’s Christian faith, how his estimate undermined Darwinian evolution (and led to extreme contemporary scientific contention), or that radioactivity is a red herring and his student Perry previously undermined the estimate. What if the reader repeated this online, and a fellow blog commenter pointed out some of this, catching the reader unawares? Or contended with the book’s presentation of Rav Soloveitchik’s view of evolution (based on Rabbi Meiselman), based on the surrounding paragraphs in the Rav’s writings? How would the reader react?

Ultimately, Torah’s intersection with science is an important topic, and a conversation worth having in various hashkafic segments of Orthodox Judaism, all with what to add. I suggest having this book on your bookshelf, alongside those of other authors on Torah and science.