The new Spider-Man film from Sony Pictures Entertainment and Marvel has made waves for breaking box-office records, raking in over $1 billion in just 12 days, during a pandemic. Yet there’s another reason Spider-Man: No Way Home has caught some people’s attention.

On Twitter last week, Rabbi David Bashevkin pointed out some of the ways the superhero alias of Peter Parker appears to have a connection to Judaism. He noted Yeshiva University of New York’s Belfer Hall can be seen in one of the movie’s scenes and pointed to another shot in which a man wearing a kippah can be seen in a news report in the film.

Further proof of the film’s Jewish connection can be seen in an app Marvel released that allows users to see content from the protagonist’s cellphone. In one image available on the app, a Yiddish-language newspaper can be seen that asks whether Spider-Man is good for the Jews.

Allusions to Parker’s possible Jewishness have been noted for years.

Andrew Garfield, who portrayed Spider-Man in several of the superhero films was quoted in a 2014 interview with Time Out as saying, “Peter Parker is not a simple dude. He can’t just switch off,” Garfield told Time Out. “He never feels like he’s doing enough. And Peter suffers from self-doubt. He ums and ahs about his future because he’s neurotic. He’s Jewish. It’s a defining feature.”

Rodney Rothman, a writer and producer who worked on Spider-Man: Into the Spider Verse, told Vulture magazine in 2018 that “I happen to have a personal conviction, for many reasons, that Peter B. Parker is likely Jewish.

“Personally, I grew up in Forest Hills, Queens” – Parker’s neighborhood – “and I’m Jewish, so maybe I’m just projecting,” he said. 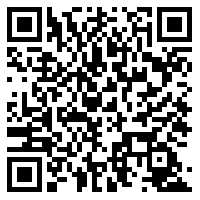