Imagine yourself to be a majority-Shiite-Muslim, Turkic nation bordered by Turkey, Iran, Armenia, Russia, and Georgia. Then picture yourself as a close neighbor and friend to the not-so-small Jewish community that has called your country home for more than 2,500 years. Many outsiders cannot quite fathom your close relationship with the nation of Israel. But then again, most outsiders cannot fathom the status quo of the entire Caucasus region, which you call home. Popular and media accounts run roughshod over the region’s historic and contemporary complexities, with diaspora interests running the show much of the time.

Some activists in the well-organized Armenian diaspora question the Azerbaijan-Israel relationship on cultural as well as on pragmatic grounds. One of these activists got it extraordinarily wrong in an article recently published in The Forward. These advocates question the strong trade relationship between Azerbaijan and Israel, in which the former receives military and technological support in exchange for oil. Little attention is paid to joint agricultural and technology ventures to name a few. Does Israel, they ask, really want a well-armed Muslim neighbor on a border with volatile Iran? Israel they claim instead should seek an alliance with Armenia. They base their argument on presumed historic ties and parallel histories—and mutual bad experience with Turkey.


Positive ties between the Jewish people and the Turkic nations extend far back into history. Sultan Bayazid II in the 15th century opened his doors to Jews when they were expelled from Spain. Many positive examples of Jewish-Turkic cooperation appear later, in the history of the Ottoman Empire.

Lesser known to the most of the world than the Turkish Jewish story is the record of Muslim-Jewish cooperation and friendship that exists in the religiously moderate Azerbaijan. In what is considered to be the only all-Jewish town outside of Israel, Jews have lived in the so-called Red Town of Quba in northern Azerbaijan since at least the sixth century. Many Jews who have left Azerbaijan for Israel still feel a strong connection with Azerbaijan; many of these so-called “Mountain Jews” return regularly to Quba and identify in Israel as Azerbaijani Jews.

Jews who have come to Azerbaijan over centuries have played key roles at the top levels of government, in culture, in business, and indeed throughout society. An estimated 25,000 Jews live in Azerbaijan today, and the Jewish aspect of Azerbaijani society is openly expressed if not embraced by Azerbaijanis of many backgrounds. Like any multicultural society, Azerbaijan has its share of individuals and factions who act prejudicially. Still, anti-Semitism has been nearly non-existent.

Some Armenian writers have cited the Armenian massacre at the hands of Turks in 1915 as a common experience of genocide with Jews in Israel, particularly those who experienced the Holocaust. Such an argument ignores the well-documented Armenian acts of aggression against Azerbaijanis during the ongoing Nagorno-Karabakh conflict. Particularly gruesome was the 1992 mutilation and murder by screwdriver and all manner of barbaric means—some would say an intended genocide—of Azerbaijanis in the Khojaly Massacre. Several leaders of this massacre, some of whom are today leaders in Armenia, including the Armenian president, have not been brought to justice.

Also as part of the record of the Nagorno-Karabakh conflict, Armenian forces destroyed numerous cultural treasures of Azerbaijan’s long history in this cradle of Azerbaijani culture. It is difficult to reconcile that fact with the attempt to show Armenian and Jewish compatibility.

The Azerbaijani side of the Nagorno-Karabakh story is that more than 20% of their land is under occupation by Armenian forces. Without question, Armenians and Azerbaijanis have done bad things to each other over the decades since this conflict began. But a visit to Azerbaijan will reveal numerous Armenian residents—there has been a sizeable population for centuries. A visit to both Armenia and occupied Nagorno-Karabakh will reveal no Azerbaijanis, and no Jews, respectively. Refugees from both these places—Internally Displaced Persons (IDPs) in the case of Nagorno-Karabakh—will be found in the hundreds of thousands (roughly 1 mil) in Azerbaijan.

The Nagorno-Karabakh conflict in fact does help to explain why Azerbaijan seeks allies who can offer support in the face of Iranian and Russian support for Armenia. But complexities of the relations between and among all these countries obscure reasonable analyses meant for the “average reader” in the West. The strongest voices prevail in reports on the Armenian-Azerbaijani conflict.

As the Azerbaijani diaspora makes its voice heard, the West will begin to understand better Azerbaijan and the Israeli-Azerbaijani connection and hence many aspects of life in the larger region. The Western media, one hopes will begin to delve beyond the talking points that emerge in article after article. The thinly veiled stereotyping of an oil-rich majority-Muslim republic should dissipate. In its place one hopes to see thoughtful depictions of a modern nation with a rich capacity for tolerance and forward thinking. Certainly Israel and other U.S. allies do well to pay attention. 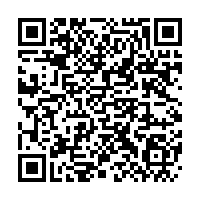