The U.S. Supreme Court ruled today (Monday, June 1) to affirm protection for “free speech” on social media and the internet – even if that speech is threatening or provocative.

The decision was handed down in the case of Anthony D. Elonis V. United States of America, affirming that threats made over the internet are protected, unless they are malevolent or reckless.


The case relates to Facebook posts by Elonis, who was convicted for making unlawful threats as he expressed anger about events in his life, basing the posts on rap lyrics of various artists.

In an amicus curiae brief (friend of the Court), The Rutherford Institute had argued the First Amendment protects even inflammatory statements that might give offense or cause concern to others unless the statements were a credible threat to engage in violence against another, and made by the defendant with the intent to cause fear in the alleged victim.

The decision is also particularly relevant to the brouhaha over the “Jihad Watch Muhammad Art Exhibit and Cartoon Contest” held in Garland, Texas a few weeks ago. Sponsored by the American Freedom Defense Initiative (AFDI) run by Pam Geller, the event attracted an attempted attack by two terrorists, who opened fire on a security guard but were both shot and killed by police.

The event was organized in response to the radical Islamist attack on the Paris offices of the “Charlie Hebdo” French satiric magazine in January of this year, Geller said. “We decided to have a cartoon contest to show we would not kowtow to violent intimidation and allow the freedom of speech to be overwhelmed by thugs and bullies,” she told The Washington Post in an email statement. 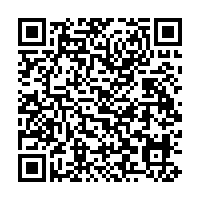