John Bolton’s departure from the White House has been the source of considerable concern in Israel. For decades, the veteran diplomat and former United Nations ambassador has been among the most powerful supporters of a strong U.S.-Israel alliance in Washington.

During his tenure as U.S. President Donald Trump’s national security advisor, Bolton worked steadily on expanding U.S.-Israel strategic ties across a wide spectrum of critical issues from Iran, to the Palestinians and beyond.

Israelis would have greeted the departure of their strong ally and friend with concern regardless of the circumstances. But the fact that he was fired (or, by Bolton’s telling, felt compelled to resign) just days after Jason Greenblatt, Trump’s envoy for negotiations between Israel and the Palestinians, announced his departure and as reports proliferated that Trump was seriously considering reducing economic sanctions on Iran in the hopes of scoring a meeting with Iranian President Hassan Rouhani at the U.N. General Assembly later this month, intensified the concern.

Although the concerns are reasonable on their face, Bolton’s termination needs to be seen in two wider contexts. The first is the environment in Washington that confronted Bolton in his position.

From the day he took up his duties a year and a half ago as Trump’s third national security advisor, Bolton was under assault. The campaign against Bolton was initiated by the Iranian regime.

In recent months, as Iran stepped up its aggression against international shipping in the Strait of Hormuz, the attacks against Bolton were joined by members of the isolationist wing of the Republican Party led by Fox News host Tucker Carlson and Kentucky Senator Rand Paul.

It is true that Bolton is known as a prickly policymaker, out of his element in the Trump world. But it is also true that Trump and Bolton agreed far more than they disagreed. Unfortunately, every time there was a dispute between the two men, former president Barack Obama’s carry-overs in government and their allies outside government from the Obama administration and the media were quick to report those disagreements and angrily slander Bolton as a warmonger and a mercenary who had neither America’s nor the president’s best interests at heart.

The allegations were entirely false. But their force and volume transformed every normal and entirely legitimate disagreement between Bolton and Trump into a major, widely reported event.

Under the circumstances, it was probably a foregone conclusion that Bolton’s days would be numbered.

In other words, Bolton’s departure had more to do with the stress of working in the toxic environment in Washington than with a change in Trump’s basic predisposition regarding foreign policy.

The second context to be considered when judging the implications of Bolton’s termination is that of another event that happened almost at the same time that Trump was tweeting he had fired Bolton.

That event was Netanyahu’s stunning announcement that he had secured U.S. support for his plan to apply Israeli sovereignty to the Jordan Valley and the northern Dead Sea immediately after the election, if he is re-elected. His statement was a watershed event.

For 52 years, no U.S. administration has agreed to acknowledge Israel’s rights to Judea and Samaria and the Jordan Valley. On the contrary, previous administrations have argued that even if Israel has rights, its right to assert those rights was contingent of Palestinian agreement.

And yet, the same day that Bolton was fired, Netanyahu rose to the podium and said that the United States supported his plan to apply Israeli sovereignty to the Jordan Valley.

Substantively, this means that the Trump administration accepts that the Palestinians cannot have veto power over Israel’s right to secure borders and to territories that were allocated to the Jewish people under international law under the League of Nations Mandate in 1922.

The White House’s response to Netanyahu’s statement was equally groundbreaking. Under the friendly George W. Bush administration, Israel had to argue for its right to enable Jewish communities to expand to keep up with natural growth, that is, the birth of children.

Under the hostile Obama administration, Israel was pilloried for every new home built in united Jerusalem. Yet on Tuesday, the White House press briefer told reporters simply that Netanyahu’s plan did not contradict the president’s peace plan.

The White House responded to Netanyahu’s statement in the same press briefing where it discussed Bolton’s departure from the White House. Had Bolton been the sole source of the administration’s supportive positions on Israel, Netanyahu would likely have canceled his news conference.

The fact that Netanyahu made his announcement as Bolton’s departure was being announced signaled that his support for Israel had nothing to do with his departure, and the administration’s positions on Israel are unlikely to change now that he is gone.

This then brings us to a person who does play a singular role in maintaining and growing Israel’s unprecedented cooperation with the Trump administration. That person is Netanyahu himself. Netanyahu and Trump have a relationship unlike any that any Israeli prime minister has ever enjoyed with any U.S. president. There is a clear affinity between the two leaders that stems from more than the mere coincidence that they happen to be leading their countries at the same time.

The similarities in their relations with the political, media, legal and bureaucratic establishments in their respective nations, the incessant investigations to which both men have been subjected in office, as well as similar trajectories of their personal biographies, give the two leaders a natural affinity for one another. Add to that their similar political perspectives, including their idealistic nationalism, and you have the basis for their unique bond.

This affinity has contributed significantly to Netanyahu’s success in achieving unparalleled breakthroughs in Israel’s relations with the United States. While it seems like it comes naturally, all the policy moves that Trump has made in Israel’s favor were won in hard-fought battles.

For every advocate for moving the U.S. Embassy to Jerusalem, recognizing Israeli sovereignty over the Golan Heights, withdrawing from the nuclear deal with Iran, and now accepting Israel’s right to assert its rights in Judea, Samaria and the Jordan Valley, there have been a thousand opponents.

To be sure, Netanyahu is not the only reason these gains were made. Trump’s evangelical constituents, Vice President Mike Pence, Secretary of State Mike Pompeo, Ambassador David Friedman, Jared Kushner, Greenblatt, Bolton and a handful of senators were all instrumental in convincing Trump to take on the establishments of Washington and Europe and stand with Israel.

But Netanyahu’s contribution has been singular. Had a different politician stood at the helm of Israeli politics during this period, it is far from clear these goals would have been set, let alone achieved.

The Palestinians recognize this. PLO chief and Palestinian Authority leader Mahmoud Abbas last month said that he hopes Netanyahu loses the elections on Tuesday. Last week, the head of the Joint Arab List Ayman Odeh gave an interview to Palestinian television where he said that no prime minister has ever had such a strong relationship with the U.S. president and that unseating Netanyahu was a Palestinian “national goal.”

Bolton’s departure is a loss for Israel because he truly is a great friend of the Jewish state. But he leaves an administration that was pro-Israel when he arrived and remains pro-Israel in his absence. Tuesday’s election, on the other hand, will be decisive in determining the future course of US-Israel ties under Trump and into the future. 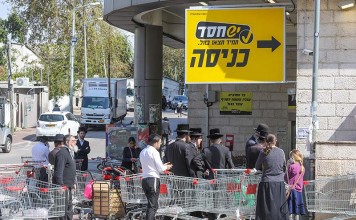 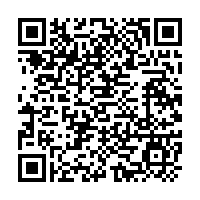