{Reposted from the JNS wesbite}

In a change that is unlikely to change anything at The New York Times, Arthur Ochs Sulzberger Jr.—its publisher between 1992 and 2017, and chairman thereafter—announced his retirement in his newspaper on New Year’s Day. Predictably, he will be succeeded by his son, Arthur Gregg Sulzberger, extending the family dynasty five generations back to 1935 when Arthur Hays Sulzberger succeeded his father-in-law, Adolph Ochs, who had purchased the newspaper in 1896 and proclaimed its enduring pledge: “All the News That’s Fit to Print.”


In his farewell statement, Sulzberger Jr. proudly identified his job: “to provide whatever support the world’s best journalists needed to do their important work.” And that they did, covering “things that no one thought possible” with “nuance, empathy and ambition.” The Times, he concluded immodestly, “is larger, more open, more creative, more nimble and more ambitious than ever.” With pardonable exaggeration, he identified it as exemplifying “independent journalism,” providing “the greatest service for a changing country that is struggling to understand itself.”

But it was not always thus, nor is it now likely to be. The Times was molded by Adolph S. Ochs, who purchased the newspaper in 1896—ironically, the same year that Theodor Herzl’s The Jewish State was published. A proud Reform Jew who insisted that Judaism was a religion and not a national identity, Ochs and his credo were embraced by his son-in-law, Arthur Hays Sulzberger, who launched the family dynasty that has guided the Times ever since.

Sulzberger, sharing Ochs’s aversion to any perception of the Times as a “Jewish” newspaper, feared that Zionism would raise doubts about the loyalty of American Jews to the United States. Editors were instructed not to refer to “the Jewish people,” but to “people of the Jewish faith.” Adolph Hitler might identify Jews as a despised race, but Sulzberger insisted that the Times not identify them as a distinctive group. Jews fleeing Nazi terror or slaughtered in death camps were identified as “human beings” or “persons,” not Jews. Their horrific plight was rarely reported in the Times. Sulzberger linked Zionism to “the Nazi connotation that we are a racial group apart.”

The birth of a Jewish state in 1948 sparked the newspaper’s concern, lest American Jews (the Sulzbergers included) be accused of divided loyalty. Over time, it (slowly) relinquished its resolute anti-Zionism, though signs of discomfort with Israel periodically surfaced. Its capture and trial of Adolph Eichmann was a source of palpable Times discomfort because it enabled Israel to speak on behalf of world Jewry. Sulzberger conceded: “I don’t feel any affinity for the State of Israel.” Nor did he favor Jews in editorial positions, lest the Times be devalued “in Gentile circles.”

Sulzberger’s family successors—Arthur Hays Sulzberger Jr., Arthur Ochs Sulzberger (the first non-Jewish family member to become publisher) and Arthur Ochs Sulzberger Jr.—largely receded from public view, and Christian identities removed any disparaging claim that the Times was a “Jewish” newspaper. But deeply embedded discomfort with Israel persisted, especially following the 1967 Six-Day War, when Jewish settlements began to appear in biblical Judea and Samaria (previously Jordan’s West Bank). Columnist Anthony Lewis, who was fond of equating Israeli treatment of Palestinians with South African apartheid, and Jerusalem bureau chief Thomas Friedman, who had found fault with Israel ever since his undergraduate years at Brandeis, emerged as hectoring critics of the Jewish state.

Several of Friedman’s Jewish successors followed in his ideological footsteps. Joel Greenberg, who had received a jail sentence for his refusal to serve with his Israel Defense Forces unit in the Lebanon War, perceived a “tribal trend” among religious Jews who wore a “yarmulke at all times.” In a 5,000-word article, Deborah Sontag blamed Israel—not PLO chief Yasser Arafat—for the collapse of peace negotiations. Clyde Haberman bracketed Israelis and Palestinians within the “imperative of faith, advanced by force.” Jodi Rudoren was fond of citing “extremists on both sides,” Israelis and Palestinians, for Palestinian terrorist attacks. After all, “colonized Palestinians” were left to suffer from Israeli “oppression and humiliation.” Peter Beinart recently launched his new position as a columnist with an opinion piece titled “I No Longer Believe in a Jewish State.”

Arthur Ochs Sulzberger Jr. proudly cites “independent journalism,” exemplified by The New York Times, as “a cure for this polarized era.” But history suggests that when it comes to critical coverage of Israel, the more that Sulzbergers come and go, the more the Times remains the same. 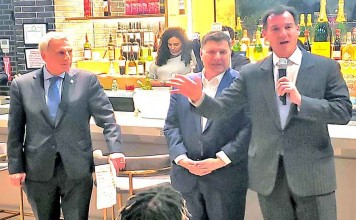 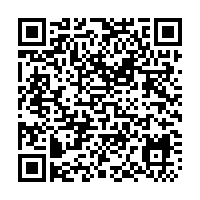