{Written by Jonathan Ariel and originally posted to the BESA website}

Ever since Israel first embarked on its policy of destroying the homes of families of terrorists even if they had nothing to do with the attacks, successive governments and the IDF have justified it before the Supreme Court, claiming it significantly enhances security by being an effective deterrent against terror.


Under international law, an occupying military force is expressly forbidden from conducting any collective punitive measures against the civilian population under its control. Demolishing the home of a family, most of whose members had no role in the attack their son or daughter committed, can be regarded as a form of illegal collective punishment and therefore a possible war crime, unless the relevant military force can prove it was done for valid security considerations. So far, the Supreme Court has, for the most part, accepted the IDF’s claims that demolishing family residences was not being done out of spite or revenge but for legitimate security reasons, as it has been proven to be an effective deterrent that has materially reduced the number of attacks.

This policy was implemented with renewed vigor when the so-called “Third Intifada,” characterized by attacks by Palestinian individuals on Israeli civilians and security personnel (predominantly knifings or attempted hit-and-run vehicular homicide attacks), began approximately three years ago. Several appeals to the Supreme Court against such demolitions were rejected by the Court, which accepted the argument that the threat of home demolition has proven to be an effective deterrent as it motivates families to pressure children not to commit terror attacks. There has, in fact, been an increase in the number of attacks thwarted by families who informed either Israeli or PA security forces that someone in the family was planning such an attack.

This is exactly what happened regarding Khalil Yussef Ali Jabarin, the Palestinian teenager who murdered Efrat resident Ari Fuld in the town’s mall on September 16. Jabarin’s family, suspecting he might be planning to carry out a terror attack after he mysteriously disappeared from the home, informed PA security officials that their son might be about to commit an act of violence. The next day, his mother drove to the Meitar checkpoint (the one closest to their village) and told the soldiers her son might be involved in a planned terror attack. She was unable to provide any more information, as she had none, and returned home. Shortly afterwards, Jabarin killed Ari Fuld before the soldiers at Meitar could do anything with the information she had given them.

Despite the family’s attempt to thwart the attack, the IDF announced it would demolish their home and canceled the work permits of all the extended family members who work in Israel.

If the IDF does indeed permanently revoke the work permits and demolish the family home, despite the family’s having done everything it could to try to prevent the attack, it is hard to claim that the measures are being taken to promote deterrence.

Such acts are more likely to erode deterrence than enhance it. If Palestinians see that it makes no difference whether they try to thwart an act of terrorism by a family member or not, that their home will be demolished either way, they will have less motivation – not more – to contact the authorities if an act of terrorism is anticipated. Why inform on your son or daughter and risk being branded a traitor by your community if your home will be destroyed no matter what?

Demolishing the Jabarin home will likely be seen as an act of revenge or spite, not legitimate deterrence, reducing the chances the Supreme Court will allow it (assuming an appeal is filed). The IDF’s attempt to carry out an act of revenge in this case will make it more difficult for it to receive future approvals for legitimate demolitions, further eroding deterrence.

The fact that Israel attempted to carry out a forbidden act of collective punishment with no security justification could provide the Palestinians with a potent legal diplomatic weapon, increasing the risk of ICC involvement in the conflict, a long-sought Palestinian goal.

Revenge, however understandable and politically expedient it may be, can never be a basis for a viable security strategy. For any government to knowingly mortgage its ability to maintain future deterrence, and expose its citizens to the risk of ending up at the Hague, in order to score short-term political points is gross folly.

If Israel is to maintain effective deterrence, demolitions must be limited to cases where it is clear the family either encouraged an attack or, at the very least, made no effort to prevent it. 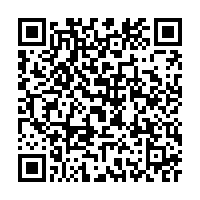