The sanctions were carried out by the U.S. Treasury’s Office of Foreign Assets Control.

The sanctions specifically target the Basij because the group “recruits, trains and deploys child soldiers to fight in IRGC-fueled conflicts across the region. These recruitment efforts include the training of Iranian children as fighters for the Islamic Revolutionary Guard Corps-Qods Force, who then deploy to Syria to support the brutal Assad regime. And they include the recruitment of Afghan immigrants to Iran, including children as young as 14-years-old, to join the Fatemiyoun Brigade, a militia made up of Afghan fighters under the control of the Islamic Revolutionary Guard Corps-Qods Force in Syria.”

Using children to do the dirty work for adult paramilitary terrorists is culturally beyond the Pale in the United States.

In addition to the Basij, the U.S. sanctioned the Bonyad Taavon Basij — the network of businesses that are providing financial support for this venture, comprised of at least 20 corporations and financial institutions. They span the multi-billion-dollar gamut from the Iranian auto industry to mining, metals and banking as well, all of which reach across the ocean into Europe and the Middle East.

“The Bonyad Taavon Basij network is a quintessential example of how the IRGC and Iranian military forces have expanded their economic involvement in major industries, and infiltrated seemingly legitimate businesses to fund terrorism and other malign activities,” said U.S. Treasury Secretary Steven Mnuchin.

“This vast network provides a financial lifeline to the Basij’s efforts to recruit, train, and indoctrinate child soldiers as young as 12 who are coerced into combat under the IRGC’s direction.”

Both the Basij and the Bonyad Taavon Basij were added Wednesday to the list of Specially Designated Global Terrorists, which already includes the Islamic Revolutionary Guard Corps Qods Force “and similar groups who provide support to terrorists or acts of terrorism.”

The U.S. Department of Treasury urged international companies to ensure they are conducting the “necessary due diligence to avoid engaging in sanctionable activity with entities that support the Iranian regime’s malign activity,” the State Department said in a DipNote blop post. 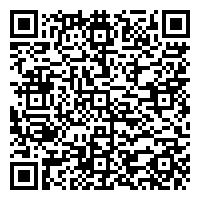