PM Benjamin Netanyahu recently warned of new threats that necessitate immediate emergency measures, and IDF Chief of Staff Lt. Gen. Aviv Kochavi has made similar warnings. Yet some claim this is fear-mongering for political purposes.


True, none of these threats are new—but their unprecedented convergence under Iran’s inspiration and guidance has created a new strategic system that renders the outbreak of war on several fronts simultaneously a realistic scenario.

Security and political advisers, hampered by a lack of imagination, have not infrequently failed to identify strategic and political processes and to anticipate the future. In the words of David Ben-Gurion: “The experts are experts about what was, not about what will be.”

The weakening of American dominance in the Middle East has many far-reaching implications—above all, an increased risk of war without the restraining superpower influence at hand to help bring it to a close. This reality does not stem solely from the change in the White House’s Middle East policy. It is also relates to major changes that have occurred on the battlefield, such as the emergence of widely dispersed, sophisticated, easily available weaponry, which has seriously dented American military superiority.

Recent US Defense Department publications reflect a keen awareness of the implications of this phenomenon, especially the availability of advanced military technologies and hardware to civilian and state actors, including Iran. Thus, for example, in the Iranian attack on the Saudi oil facilities, cruise missiles and drones were guided by sophisticated information-processing technologies that enabled them to fly under the radar and score accurate hits. Tehran-backed Houthi rebels have been using drones and cruise missiles for quite some time, and they are even being constructed in Yemen under Iranian tutelage. This new balance of forces augments Tehran’s influence in Yemen, Iraq, Syria, and Lebanon, and jeopardizes Jordan’s stability.

A further aspect of the systemic change is the military strengthening of Hezbollah and Hamas—terror organizations that were long ago essentially  transformed into regular military forces. These “terror armies,” as Chief of Staff Kochavi calls them, are structured into battalions and brigades and are endowed with formidable firepower and intelligence capabilities as well as advanced command and control systems. Under Iranian direction and guidance, these groups also possess sophisticated weapons systems such as drones, rockets, and missiles, the accuracy of which continues to improve.

In time of war, these developments will pose serious challenges to Israel when it comes to protecting the country’s civilian population and infrastructure. In a recent article, Maj. Gen. Tamir Yadai, head of Home Front Command, set forth the elements of the new challenge. He said, “Even though the directions of change in the threat to the home front are known to all in the Home Front Command and in the IDF, the aggregate nature of the emergent threat is undefined as yet.” Among the aspects that form the new threat, he numbered not only a far-ranging fire offensive aimed at paralyzing the Israeli home front—with heavy civilian casualties and strikes on national infrastructure—but also the developing efforts of Hezbollah and Hamas to take the war into Israeli territory with extensive ground attacks.

The convergence of these threats, which can emerge all at once in coordinated synchronization, changes the threat equation to one fundamentally different from that of the past: quantitative change becomes a qualitative change that mandates a new, suitable reorganization. The IDF’s current order of battle, both in the standing and reserve forces, is insufficient for an all-out multi-front war and cannot provide an adequate response to all the threats combined. 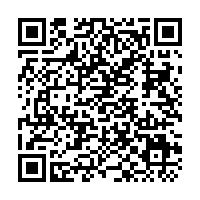