I believe the Palestinian Authority unity government has launched a third intifada.

Perhaps a quiet one, perhaps not. But it is undeniably clear there has been a sharp escalation in Arab attacks on Jews throughout the country since the start of 2014.


Since the beginning of 2014, more than 200 rockets were aimed at Israel from the Gaza region – twice the number fired in 2013.

And once Fatah leader Mahmoud Abbas signed his merger with Hamas leaders Ismail Haniyeh and Khaled Mashaal –- silent partners with the Iranian proxy Islamic Jihad – the number of attacks jumped even higher.

For starters, here’s what the week looks like so far:

On Sunday night Arabs felt comfortable enough to open fire in a drive-by attack on an IDF checkpoint at the entrance to Jerusalem leading to Highway 60, the main road that runs through the Gush Etzion tunnel and through Judea to the south of Israel’s capital. Five bullet casings from a pistol were found. Miraculously, no one was injured.

On Monday evening, here’s what happened:

In the past 14 days, at least a dozen missiles were fired at Israel. Seven reached Israeli territory, including a number fired at Ashkelon. Two were intercepted by the Iron Dome anti-missile system – but the falling shrapnel caused damage to the property hit by the debris.

Last Wednesday, a European Union delegation visited Gaza to express support for the new Hamas-backed legislators joining the PA unity government. Barely 24 hours later, emboldened Hamas terrorists in Judea crossed into Israeli territory to kidnap two 16 year old yeshiva boys who learn at the renowned Mekor Chaim Yeshiva in Kfar Etzion, and their 19 year old fellow student. They were grabbed while standing on the road in Gush Etzion, heading home for the Sabbath. One of the boys had the presence of mind to dial police and managed to get the words out, “We’re being kidnapped by terrorists,” before his cell phone was cut off.

That was last Thursday night.

An IDF spokesperson announced the IDF will not tolerate any attempt to harm the citizens of Israel and will operate decisively against any act of terrorism. Strong words – but police took hours to respond to the yeshiva boys’ desperate phone call for help. Reportedly they were too busy interrogating other teens at a community where there was a report of a ‘price tag’ attack on Arabs in days past. 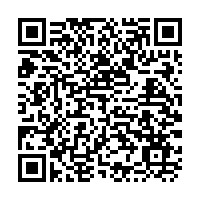