It is now official. Rachel Corrie, patron saint of the pro-terror radical left and its Islamofascist allies, essentially committed suicide in order to assist Palestinian terrorists. She was not killed in cavalier fashion by Israel. Israel had no particular reason to want her dead (as opposed to deported).

The Haifa district court last week tossed out a petition by Corrie’s clueless parents. They had sought damages and a court proclamation that Israel was at fault in their daughter’s death. Instead, Judge Oded Gershon made it very clear that Rachel Corrie was responsible for her own death.

She intentionally placed herself in harm’s way interfering with Israeli anti-terror operations in Gaza. She did so in a place where Palestinian terrorists had fired at Israeli soldiers just hours earlier. The troops were there to destroy smuggling tunnels beneath residential buildings, tunnels used to smuggle in explosives, missiles, and other weapons – you know, the things used by terrorists to murder Jewish children and other living things.

Corrie had been sent to Gaza as part of a Solidarity-with-Genocidal-Hamas-Murderers delegation organized by the pro-jihad International Solidarity Movement, which notoriously hosted two terrorists the day before they murdered several Israelis at the Mike’s Place tavern in Tel Aviv in 2003.

Corrie entered Gaza to serve as a human shield for Hamas mass murderers. On March 16, 2003 she decided to play chicken with a large Israeli earthmover. The irony is that the driver would have stopped and capitulated to Corrie’s shenanigans if he had seen her. But he did not and struck her. She later died in a Palestinian medical facility.

Since then both the totalitarian left and the goose-stepping ultra-right have beatified Corrie. She is the darling of the Iranian Holocaust deniers. A ridiculous theater play has been making the circuits proclaiming Corrie a victim rather than an accomplice of terror. The most lasting image of Corrie was that of her face contorted with rage and as she burned an American flag.

When Reuters reported that Palestinians “honored” her after her death in a “symbolic funeral” by flying U.S. flags, James Taranto of the Wall Street Journal remarked that if Corrie were still alive, no doubt she’d have burned those flags.

Since her death, Corrie’s parents have been serving as an Israel-bashing SWAT team. They frequently come to Gaza to show their support for the same Hamas terrorists their daughter served. Ironically, on one occasion the terrorists kidnapped the Corrie parents but then quickly released them when it became clear they were far more valuable assets for terrorism while they run about free. The Corries also have been leading the jihad against the Caterpillar company because it sells equipment to Israel.

When the Corrie parents began their legal assault against Israel here in Haifa, where I live, I wrote an open letter to them, an excerpt of which is still relevant:

The city of Haifa is still recovering from the trauma of the summer of 2006, when it, along with the rest of northern Israel, was targeted by thousands of Katyusha rockets, fired from southern Lebanon by Hizbullah terrorists. Haifa has also been targeted by suicide bombers who carried out mass murders against civilians in buses and restaurants. Now Haifa is about to become the victim of yet another indignity. It is to be the scene for a legal assault by the parents of Rachel Corrie….

You have stated, “She [Rachel] had been working in Rafah with a nonviolent resistance organization, the International Solidarity Movement, trying to stop the demolition of Palestinian homes and wells.”

Well, she was not. Rachel was trying to prevent the demolition of tunnels used to smuggle weapons for Palestinian terrorists seeking to murder Jewish civilians. Your daughter was in a war zone as a belligerent, on behalf of a movement of Arab fascists seeking to destroy Israel and murder as many Jews as possible.

You demand that we feel your pain at the loss of your daughter, yet your daughter conscripted herself as an accomplice for those seeking to murder my children. You feel no pain for the scores of martyrs in my own city of Haifa murdered by those same terrorists.

You write, “Clearly, our daughter has become a positive symbol for people.” 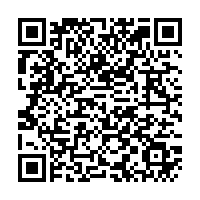