In early June 1982, when the First Lebanon War erupted, I was a young Artillery Corps officer on the northern border. Very quickly, around a month after I completed the officers’ training course, I found myself leading dozens of soldiers into Lebanon, in what was called at the time Operation Peace for Galilee. I spent a year and a half in the Land of the Cedars – from the Ayun Valley to Ain Zhalta, and the hills overlooking Beirut to Lake Qaraoun. I rained countless shells on the enemy; I was showered with candies by the joyous Christians and Druze. I guarded the peace talks between Israel and Lebanon, which resulted in an “Abraham Accord” of sorts.

In the Chouf Mountains and on the outskirts of Beirut, we sought cover from enemy bullets, unaware of the vicious attacks by the Israeli left against the Begin-Sharon government. We heard rumblings about the treachery of Uri Avneri and his partners, who went to interview Yasser Arafat and essentially strengthened the enemy.

What we did know, contrary to the made-up stories that spread during and after the campaign, was that the army knew very well what the objectives of the war were, way before the first battle ever broke out. I had the so-called Oranim plan with me in my command APC (armored personnel carrier), which outlined the invasion and conquest of Lebanon up to the Beirut-Damascus Highway line. And if every officer on the front lines, myself included, was familiar with the high command’s war plans, there’s no doubt that it was never concealed from the prime minister.

We all justified the risks we took upon ourselves. We understood the need to stop the Palestinian enemy, who had turned Lebanon into a base for attacking northern Israel. We agreed it was also important to deliver a decisive blow to the Syrians, who controlled Lebanon and orchestrated the attacks against us.

What we couldn’t have known at the time was that that war would be the last in which Israel would set and meet a stated strategic military goal; the last war in which Israel was the initiator, striving to annihilate the enemy; a war in which Israel behaved like any normal nation, where leaders instruct their armies to destroy or remove the enemy. As opposed to settling for sending signals, slogging through yet another round of fighting; sending endless messages back and forth. In Operation Peace for Galilee, Israel expelled Yasser Arafat, along with all of his commanders and fighters, all the way to Tunisia. That is until Rabin and Peres came along with the Oslo disaster, which brought the enemy’s high command and army into our midst. Although Sharon and Begin failed to change the face of the Middle East, the Christians and Druze failed to deliver the goods they promised and didn’t shift Lebanon over to our side. The war’s ultimate objective, however, was fully achieved.

Since then, all of Israel’s military operations have stemmed from being provoked, mistakes, and distress. None of them, other than Operation Defensive Shield during the Second Intifada, accomplished any goals. The Second Lebanon War, which was managed with criminal irresponsibility, to all the operations on the outskirts of Gaza – all of which lacked decisive force and an objective beyond yet another, short-lived and fake period of peace and quiet. This is only an expression of diplomatic confusion and cowardice. It’s not that the State of Israel lacks the power, goals, and vision, and it’s not as if it doesn’t have the people necessary for such things. What it hasn’t had this whole time is leadership. 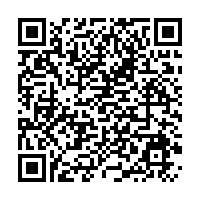