Last Thursday evening, some 1,500 demonstrators convened in front of the Italian Parliament in Rome, waving Israeli and Italian flags. The demonstration “For the Truth, for Israel” had been organized in barely two days by Fiamma Nirenstein, a member of the Italian Chamber of Deputies, Italy’s equivalent of the House of Representatives. The demonstrators listened to messages by over 50 people, including Matteo Renzi, the Mayor of Florence and a prominent leader of the Democratic Party, Angelino Alfano, Italy’s former Justice Minister and the president of Berlusconi’s party PDL, Gianfranco Fini, the Speaker of the Chamber of Deputies and the leader of the FLI party, and Renato Schifani, the Speaker of the Senate.

Although Nirenstein is Jewish, many of the demonstrators were not. In a statement released after the event, Nirenstein wrote that the demonstration showed how important “the existence of Israel and its safeguard is to the Italian people and its representatives.” She said it also showed that “people are more and more capable of identifying the lies disguised as criticism to the Israeli government.” Nirenstein, chairperson of the International Council of Jewish Parliamentarians, expressed her satisfaction that the Italians and their political leaders understand that Israel is “a bastion of human rights and democracy in the Middle East.”


Unfortunately, Italy is exceptional in the European context. It is doubtful whether in other countries a similar pro-Israeli demonstration, openly supported by the Speakers of both houses of parliament, would be possible. The contrary, a demonstration in support of the Palestinians, is probably much more likely to attract broad political support. The Italians’ awareness of Israel’s plight is proof of the importance that a single person can have; it is to a large extent the result of the writings of one woman, the journalist Oriana Fallaci (1929-2006).

After the terror attacks of 9/11/2001, Fallaci, an iconic Italian journalist, wrote two books, The Rage and The Pride and The Force of Reason. The books became huge bestsellers in Italy. They were highly critical of Islam and forcefully asserted the moral and cultural superiority of Western civilization. Fallaci’s writings influenced the views of many Italians, including the intellectual and political elite, about Islam. Thanks to Fallaci, many Italians have come to see Israel for what it is: an outpost of Western civilization in a sea of Islamic barbarism.

Elsewhere in Europe, as the British website The Commentator pointed out last week, “Israel – its people and culture – is seen by a powerful, opinion-forming liberal/left orthodoxy, not as a people with a right to exist within secure boundaries but as a proxy of western interests.” Vincent Cooper of The Commentator concludes that there is no way Israel can win the propaganda war. To the left-wing European intellectual, Israel equals the West equals imperialism. Western interests are portrayed as voracious destroyers of the weak and vulnerable.

Israel is paying the price for Western self-hatred. The West, in fact, does not equal imperialism and destruction. On the contrary, the West equals civilization and human rights. While Israel is fighting its war with Hamas, it is also trying to respect human rights and spare the civilian population of Gaza as much as possible. At the same time that Israel was under heavy and indiscriminate rocket fire from Gaza, the Israeli army was organizing the safe passage of 124 trucks with supplies and medicines to Gaza. The Palestinian city is almost entirely dependent on Israel for its water and electricity supply. This supply was not cut. Neither did the Israeli Central Bank cut the supply of shekels to Gaza. Since the shekel is the currency in Gaza, without these shekels, Hamas cannot pay the wages of civil servants in Gaza. As the Israeli commentator Guy Bechor says about Israel: “We represent the first instance in history of one side feeding and financing its enemy, even during a time of war between the two.”

Europe, however, does not give Israel credit for its humanitarian attitude. On the contrary, the Jewish State is criticized for the fact that in every war innocent civilians get killed. The moral question – “Who began the war and who denies its adversary’s right to exist?” – is never asked.

Meanwhile, Western governments are propping up the Hamas regime in Gaza and the Palestinian Authority in Ramallah with their citizens’ tax money. The Jerusalem Institute of Justice (JIJ) calculated that since the signing of the Oslo Accords in 1993, the Palestinian Authority has received 25 times more financial aid per capita (taking into account current inflation) than the citizens of Europe got under the Marshall Plan following World War II. According to JIJ director Calev Myers, American financial aid to the Palestinians has increased 600 percent under the Obama administration. Despite these millions, the Palestinians still suffer from poverty, unemployment and destitution. “Poverty in the Palestinian areas could have been eradicated years ago,” says Myers. 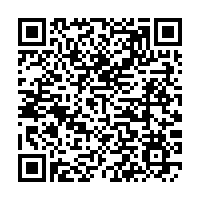