Like thousands of other Israeli’s, every year I am called up for IDF reserve duty.  My unit, typical of most units, is a hodgepodge of modern orthodox, secular and even chareidi individuals who combine to make a well-trained, cohesive, and effective fighting force.  As with all other units, while in the field or during patrols, we huddle around the gas burner boiling water in a small metal pot sharing the steaming black Turkish coffee in small paper cups.  Inevitably, small discussions–at times arguments– pop up about religion or politics but… we also share pictures of our families and other news and, I can genuinely say, we truly love and care about each other, willfully putting our bodies in harm’s way so that others can live safely in Israel.

How can it be that back in civilian life the religious divisions are so great that the camaraderie is lost, and anger and frustration prevail? The major issue that faces the Nation today is the wide gap that exists between institutionalized religious bodies and their influence on individual citizens in Israel.  We have been witness to a growing resentment between the general secular community, and in many cases, the religious community, and the Rabbinate, which has a profound effect on the average citizen in this modern liberal democracy.


One may ask, “For decades Israelis lived with this reality, why is it an issue now?” A fair question.  The first decades of the State saw Israel literally battling for its survival facing overwhelming enemies and incredible economic challenges.  The Jewish identity of Israelis was by and large unified, and the influence of the rabbinate was less intrusive.  Over the last 30 Israel has experienced a diminished existential threat from its neighbors, unprecedented economic growth, an increase in personal expression, and a growing encroachment by the rabbinate.

Today we find ourselves thrown into a conflict where the stakes are the viability of the future for Israel as a Jewish state and the impact that will have on world Jewry.

Couples are choosing to marry outside of Israel to avoid the frustrating and harsh – and sometimes ludicrous – rules set by the Rabbinate, causing an increase in weddings performed outside of halacha. Converts to Judaism are often made to jump through hoops in order to prove that they are worthy and willing to be part of the nation of Israel. Even some who have completed the conversion processes outside of Israel and have been living for years as Jews are denied their Jewish identity upon making aliya.

The public has grown disillusioned and is fed up with the political games that are being played with their lives.

Three distinct possibilities have emerged as this conflict rages on:

1. Maintain the status quo.  In my opinion this is faulty for the obvious reason that the status quo has led to the rift in Israeli society that has yet to be mended.

2.   Avoid the Rabbinate.  Marry in civil ceremonies overseas or live together outside the institution of marriage.  While this can serve the immediate needs of those individuals, it will create a future generation of Israeli society that will not be able to prove their Jewish lineage.

3. Open up the national religious institutions to free market competition. Challenge those in the current position of power by creating a social revolution demanding change while being true to the spirit of the halacha.  Remove the stringencies not based on halachic rulings, but rather employed as power plays.

Recently, I read an article by Lord Rabbi Jonathan Sacks where he quoted Alexis de Tocqueville who defined individualism as “a mature and calm feeling which disposes each member of the community to sever himself from the mass of his fellows and to draw apart with his family and his friends,” leaving “society at large to itself.”  Tocqueville believed that individualism encouraged by democracy would result in people leaving the business of the common good entirely to the government, which would become ever more powerful, eventually threatening freedom itself.

It is incumbent upon us to stand by our brothers and fight the encroaching hand of bureaucracy and political infighting that is removing the Jewish people from their beloved Judaism. We must work to positively influence those who are responsible at a governmental level to service the Jewish people in Israel properly, to warmly and lovingly strengthen the Jewish people’s Jewish State.

I wish everyone a wonderful year, an easy and meaningful Fast, and achdut amongst all Am Yisrael – 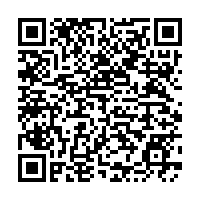