Israeli elections are less than a week away. For those of us on the right, the choice is between four parties. There’s the Likud, HaYamin HaChadash (New Right), Ichud Mifleget HaYamin (United Right), and Zehut.

Some of my friends have decided long ago who will be getting their votes. They are the ones with dogma. Start a conversation and you will not only get to hear how they’ll vote, but why, with finely honed and memorized talking points. (It’s better not to do more than nod in response, lest you extend the lecture and risk things getting heated, too.)

Other friends seem to be no closer to making a decision. Here and there, people will ask me, “Who are you voting for,” hoping that I’ll say something inspired that will sway them toward one candidate or another. But I’m as clueless as they are.

One friend put it well, “Unfortunately, I am not choosing between who has the BEST platform. Instead, I find that each party has a significant drawback, and I just have to consider, in a ‘chess-master’ fashion, which will result in the least damage to the country I love.”

That is my conundrum, too. I run down the list of parties in my head thinking, “I can’t vote for this one because ____,” and “I can’t vote for that one because ____,” and it’s endless. With each party, there is something in the platform, or something about someone on the list that is so fundamentally opposed to my own ideological beliefs that I can’t even stomach the idea of voting for any of them.

Not voting is something I have thought about, too. But if I don’t vote for the right, it’s a vote for Blue and White. The thought of Gantz/Lapid at the helm, scares the living daylights out of me.

We know the left’s playbook by heart. They will make concessions. Concessions that get lots of people killed for years on end. They will pander to the West and to the enemy. They will set precedents that are not only contrary to Israel’s interests but will prove difficult to roll back, long after their leaders are gone from office.

Also, these people have a bad track record in terms of letting soldiers do their job. I have two sons in uniform. I have to think which side is more likely to let them do what they have to do, the right or the left, which includes Moshe Yaalon, A/K/A Bogie, and Gabi Ashkenazi. I have to consider that it could be my child who becomes the next Elor Azaria, or another kind of human sacrifice, the kind that God forbid requires a military burial. I don’t want a child of mine to hesitate, to be too afraid to shoot his gun for fear of what will happen next. The last thing I want is for these people: Gantz, Lapid, Bogie, and Ashkenazi to win the election.

Stepping back a bit, to me, Gantz and Lapid are nobodies. They are pretty faces, not politicians. Their candidacy is a way to test the waters, and perhaps a way for them to amass power. It would be very dangerous to hand them a win. A friend referred to the Blue and White camp as “fragile and inexperienced.” I concur.

The Likud: Is It Really Right Wing?

That leaves me with the right, beginning with the Likud, the political home of Benjamin Netanyahu. There’s a problem here, and I don’t mean those frivolous lawsuits the left drummed up to try and oust him. That’s just silly stuff. Here’s the real problem: a vote for the Likud is supposed to be a vote for the right, but it doesn’t really feel that way.

Now there is probably no one in Israel who has as commanding a political presence as Netanyahu. No one as smart, either. But while he heads the party associated with Jabotinsky and the Greater Israel philosophy, I see him as not doing enough to further those ideals. I don’t really see Netanyahu as right wing at all, actually.

There are others in the Likud party whom I admire. But King Bibi rules over all, making policy almost by fiat. It is his will that carries the day, every time. If I had to choose between Blue and White and Likud, however, Likud it definitely would be.

What about voting for a smaller right wing party, to strengthen Likud’s hand in effecting right wing policy? That works, to a point. We see how much good Ayelet Shaked did as a Bayit Yehudi MK within the coalition, working hard to fix the judiciary.

But the things I care about most won’t happen with Bibi at the helm, no matter who sits in the Knesset. I want to see a stronger response to terror instead of this bombing empty buildings in Gaza crap. I want to see the implementation of the Edmond Levy report. I want to see the state of martial law in Judea and Samaria ended, our sovereignty effectively declared. I want to see us leave the UN with its blatant antisemitism, a continuous slap in the face. I want to see lots of homes being built all over Israel and especially in disputed territory. I don’t see that happening while Bibi yet reigns, no matter which faction I strengthen.

Zehut: The Problem With Feiglin

Zehut’s Feiglin has good strong words, and the right sort of politics, but he is kind of a beige personality. I can’t see him ever becoming a commanding presence fit to take the world stage alongside important international leaders (though I can see him possibly alienating them). In short, he’s no Bibi, and has no potential to be a Bibi.

It is not only Feiglin’s personality that is beige, but his willingness to join either side, right or left. He says this is about remaining relevant if the worst happens and Blue and White wins. He says it is about having a remaining voice from the right inside the government. From the outside looking in, however, it seems more about his inability to take a firm stand, despite his strongly expressed political convictions. It makes him sound like a whore, willing to go to the highest bidder.

Then there are his libertarian views. When extended to non-interference with regard to vaccination, Feiglin is equivalent to an anti-vaxxer. That can’t be countenanced. It’s just evil. Plus, there’s a guy on his list who is anti-circumcision. Some claim the guy has reversed his stance on the issue, but I’m too much of a cynic to believe that this is anything more than campaign lies.

Everything else aside, Feiglin’s platform is endless. I couldn’t get through the whole thing. I was thinking, “Terrible SEO. TLDR.”

What about Ichud Mifleget HaYamin? I am hearing both good and bad things about head of the party, Rafi Peretz. They say he lives in the Gaza Envelope and “won’t shut up” until something is done about Gaza. They say he’s a doer.

But this is the same guy who danced with the soldiers who expelled him from his home in Atzmona, in Gush Katif. Ew. I hate it when Jews suck up to those bent on their destruction.

I like Bezalel Smotrich, second to Peretz, a lot. He speaks up for building in Judea and Samaria. He comes to protests. (I’ve seen him, there.) But like Feiglin, he is bound to alienate Western leaders. He is unapologetic with his Torah values. He is so not PC (see: https://en.wikipedia.org/wiki/Bezalel_Smotrich).

Beyond looking at the individuals in the party, Ichud Mifleget HaYamin feels way splintered. Peretz said he agreed to join with other parties in the camp only out of necessity and the way he said this was demeaning and grated on the ears. “It should be clear: Otzma Yehudit do not share my beliefs. They are not from my school [of thought]. We have different, sometimes opposing, worldviews. So I have refused, and still refuse, to unite with them, but I accept them as guests. This is a technical, short-term agreement and after the election, we will go our separate ways.”

Peretz held his nose. His party entered into an agreement with Ichud HaLeumi, Otzma Yehudit, and Netanyahu as the only chance that any of the three might have influence and remain relevant.

The New Right: The Problem With Bennett’s Peace Plan

As for HaYamin HaChadash, I really like Ayelet Shaked. Truth be told, I haven’t a single friend who isn’t crazy about her. Her work as justice minister stands speaks for itself. But it is Naftali Bennett who heads the party and I don’t like Naftali Bennett’s plan to annex Area C. I think the plan, in effect, cedes areas A & B. I also think it’s wrong to speak of annexing territory that can legitimately be seen, according to many jurists, as already belonging to Israel under international law.

I worry that Ayelet Shaked has made a mistake in hitching her wagon to Bennett’s star. I think a lot of people don’t like Naftali Bennett for a lot of reasons. I think Yamin HaChadash brought in everyone’s favorite right wing columnist Caroline Glick to sweeten the pot and bring more voters on board, but I think Bennett will be like Bibi, and everyone will have to jump when he says “jump.” I don’t think Glick will have any real power or even much of a voice. As it is, Bennett’s peace plan would seem to run counter to her own, though she has tried to explain away the seeming contradiction. From the Jerusalem Post:

Glick’s 2014 book, “The Israeli Solution,” advocates for the annexation of the entire West Bank, whereas New Right leader Bennett has called for annexing Area C – under total Israeli military and civilian control – with solutions for the rest of the West Bank to be determined later.

She said that there is no contradiction between the two plans, and supports efforts backed by Bennett and Shaked – as well as by their old party Bayit Yehudi and many Likud MKs – to start making moves toward applying Israeli law in the West Bank and freeing Area C from military government.

“It’s imperative that [this] be done immediately – and in the Knesset, you have a wide scope of operations” in that area, Glick explained.

Here is Bennett’s video explaining his peace plan. It seems clear to me that he is not talking about dealing with A & B at a later date: he’s giving them up for good:

It Ain’t Over ‘Til It’s Over

Where does that leave me?

I have no clue. I may not know the answer until I’m standing in a booth behind a curtain. And even then, my hand may hesitate.

But for now, I’ll be listening and watching, hoping that something will happen that will persuade me one way or the other, to vote for someone, anyone, on the right. 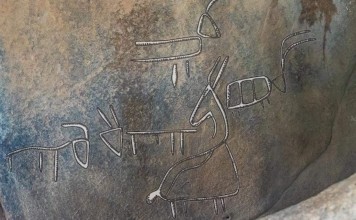 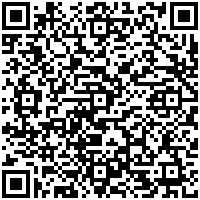