Here we go again. Instead of ensuring that this time the war with these terrorists ends with their crushing defeat and unconditional surrender on Israel’s terms, we see the same operation which will again ensure that this war will end prematurely and inconclusively as all others in the past have done, thus ensuring that Hamas will rise again.

After finally deciding that enough is enough, Israel decides to take action, but this action can only be described as pathetic at best, thus ensuring the survival of the status quo. We see an Israel whose leaders are controlled by a ghetto mindset. A cabinet constantly debating on whether or not any response is too harsh or “disproportional” and thus hinder a so called “peace process” which they do not grasp is well and truly dead.

In conducting this war, we see a Jewish nation that supplies over 200 truckloads of food and supplies to Gaza residents. In addition, thousands of phone calls were made to these same residents warning them of an imminent strike, supposedly to give so called “innocent” civilians a chance to escape. Unfortunately, along with this escape went the terrorists whom Israel had targeted.

The insanity of what passes for Israeli action in time of war can only be described as mind boggling stupidity that no other country on the face of the earth would even contemplate.

Before long the “Palestinians” will again fabricate a story of a massacre (e.g. Jenin, some years back) knowing full well that nothing occurred but that it will cast aspersions on an enemy that will foolishly state it will investigate the claim and thereby, to the rest of the world, imply that there may be something to the story. By the time the true story gets out that there was never a massacre, it’s too late as the propaganda damage has been achieved.

One should ask oneself:

There is no need to take up space in this article to surmise what Putin or any other leader on the face of the earth would do in these circumstances. Suffice to say that large swathes of Gaza and the West Bank would long ago have resembled the landscape of the moon.

Fortunately for terrorists, they face a nation of Jews.

They also face a worldwide Jewry so confused and disoriented that many urge restraint on both sides. A worldwide Jewry that often utters obscene comments about moral equivalence. 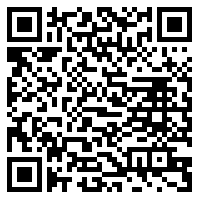