Backed by the defense establishment’s warnings in the face of Hamas threats, and eager to placate the Biden administration, Defense Minister Benny Gantz is demanding the cancelation or rerouting of the flag parade in Jerusalem scheduled for Thursday. This issue invites a clarification of the logic that in recent years has guided the Israeli leadership’s readiness to assert the state’s sovereignty.

The practical question is this: how far are states prepared to go in exercising their national sovereignty and pursuing their national interests in the face of international opposition and threats of extortion?


This is where David Ben-Gurion stood on the matter when on December 13, 1949, he declared Jerusalem the capital of the State of Israel a few days after the UN General Assembly ratified the city’s internationalization as stipulated in the November 1947 Partition decision. “[Jerusalem] is an integral part of Israeli history, of the faith of Israel and the soul of our people,” Ben-Gurion declared from the Knesset podium. “Jerusalem is the heart of the State of Israel.”

Sovereign states navigate their way through many complex constraints. The bottom line, however, is that the sovereignty of a state is tested by its ability to achieve its goals, values, and national aspirations. According to the IDF’s national security definition, national security is expressed in the ability to protect not only Israel’s physical existence but also its national interests.

These are the criteria by which the Israeli government is currently being tested by threats from the terrorist leaders from Gaza. And Jerusalem, the historic capital of Israel, was and will continue to be a vital national interest.

This is also what distinguishes weather alerts from intelligence alerts about enemy extortionist threats. There is no situation in which consideration for the forces of nature will be reflected in the increase in threats. Things are completely different in a strategic struggle between peoples and nations: responding to extortion threats accelerates the extortionist trend to the point of possible loss of sovereignty and even existence.

Israel’s Declaration of Independence begins with the words, “In the Land of Israel the Jewish people arose.” In the struggle for Jerusalem, the State of Israel’s ability and willingness to defend its sovereignty and dignity is being tested.

From this point of view, the flag parade planned for Thursday, which was halted on Jerusalem Day (May 10) by a barrage of Hamas missiles, represents a supreme test of Israel’s sovereignty in its capital. 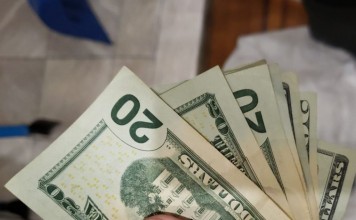 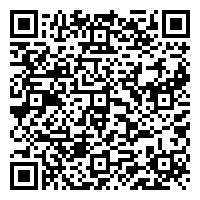