While Israel is a small country, its history and big dreams rivals that of global powers. Just two days after the Israeli spacecraft Beresheet recently failed to land safely on the moon, SpaceIL chairman Morris Kahn announced the launch of the Beresheet 2 project.“We started something and we need to finish it. We’ll put our flag on the moon”, Kahn said.

In a nutshell, this mindset constitutes the very core of Israel´s DNA. Modern Israel is a success story that owes its existence to persistent trial and error combined with daringly creative thinking that consistently turned daunting disadvantages into powerful advantages. In short, big dreams fueled by an unstoppable desire to succeed, turned a tiny, vulnerable and threatened Jewish state in 1948 into today’s vibrant technological and economic powerhouse. The unfinished Israeli Beresheet spacecraft project proves that as far as Israel is concerned, the sky is the limit and far beyond.

Only three giant powers have developed and successfully sent rockets to the moon: the United States, Soviet Russia and China. Before eventually crashing on the moon, Israel’s first spacecraft Beresheet succeeded in taking and sending a “selfie” photo with the moon’s surface visible in the background. Tiny Israel which measures merely 500 km from north to south, succeeded in sending a rocket 384 400 km to the moon. This achievement would be very impressive for any country. However, for tiny and threatened Israel to almost land a rocket on the moon while still facing multiple daunting challenges on earth, is nothing less than spectacular. The Beresheet spacecraft embodies Israel’s spirit and perseverance to overcome any challenges.

Beresheet is a very fitting name for the Jewish state’s first spacecraft. It is the first word in the Hebrew Torah and its meaning can be translated as “in the beginning…” In an era where the modern world is increasingly losing its identity and purpose, the Jewish nation Israel continues to proudly embracing its past while at the same time confidently facing the future. In an era where political correctness and demands for uniformity is literally killing creative thinking, Israel dares to think and act differently than the mainstream. In an increasingly conventional world community, Israel’s strength is rooted in its unconventional spirit and mindset.

Through hard work and intelligence, Japan, South Korea and Singapore were transformed into highly advanced and successful societies. While still being an emerging market, the giant China is projected to eventually overtake the United States as the world’s largest economy. While these Asian powers overtook the West in productivity, they still lag behind in terms of innovation. Israel stands out as the only true innovation society reestablished in the post-1945 era.

Much of Israel’s success is rooted in its unique approach to failure. In much of Asia, failure is connected to something shameful that must be avoided at all costs. By contrast, failure in Israel is seen as a natural component of life and a valuable opportunity to learn for the future. SpaceIL’s chairman Morris Kahn articulated this unique Israeli mindset after the failed moon landing: “This is also a good lesson for the youth. I said that if you fail you need to get up and try again and this is an example I have to give them.”

Israeli “chutzpah” and ability to think out of the box, turned a dry Jewish state into the world’s leading water technology power. It transformed a formerly powerless Jewish people into a nation with a military fighting force that is second to none. It transformed an Israel with few natural resources into one of the world’s leading centers for technological innovation.

However, when it comes to politics and confronting her enemies, the start-up nation Israel is still surprisingly rigid and inflexible. The world famous Jewish scientist Albert Einstein reportedly defined insanity as “….doing the same thing over and over and expecting different results.” A quarter of a century after the failed Oslo “Peace Process”, Israeli leftists and their international counterparts still insist that Israel should appease an enemy that demands the destruction of the Jewish state. Israeli appeasement has only pushed genuine peace even further into a distant future. Led by the increasingly hostile European Union, much of the world community insists that Israel must choose between a two-state and a one-state solution. However, these “solutions” are detached from reality. Israel’s enemies have repeatedly prioritized the destruction of the world’s only Jewish state over the establishment of the 22nd Arab state. At the same time, the overwhelming majority of Israeli Jews embrace Israel as a democratic Jewish nation-state. It is not a coincidence that Prime Minister Benjamin Netanyahu recently won the Israeli elections. While Netanyahu is unpopular among Western self-appointed liberals, he successfully brings the unconventional Israeli mind to the political arena. Netanyahu embraces content over empty labels like “two states”. Netanyahu eloquently summarized the solution to the conflict between Israel and her immediate Arab neighbors:

“Palestinians have all the powers to govern themselves and none of the powers to threaten us.” Israel must turn its military victories into a political victory that forces her enemies to give up their dream of destroying the Jewish state. Like the Israeli moon project, it is a work in progress that will eventually be realized through Israel’s unique spirit and perseverance.

Crowns And Quarantines: From Purim to Pesach 5780 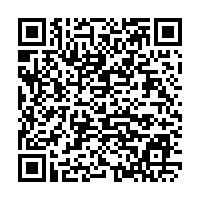