Last week, the Knesset passed a law barring the entry of visitors who have called for a boycott on Israel or are otherwise actively engaged in the Boycott, Sanctions, Divestment (BDS) movement. The new law bars the entry into Israel of foreign nationals who either knowingly and publicly call for boycotting Israel or who represent an organization that calls for such a boycott.

The BDS campaign, as openly affirmed by its originators, aims for the gradual elimination of Israel and its replacement by an Arab-dominated state by means of economic, diplomatic and social ostracism of Israel and Israeli institutions and enterprises.


Its basis is the alleged illegal occupation of Palestinian-Arabs by Israel and Israeli measures to which they are subject. The problem with this is that it is utterly false and rewrites history.

When speaking of “occupation,” BDS advocates speak with forked tongues. They regard every square inch of Israel as illegitimate and occupied but, when they speak of illegality, mislead many people into supposing they mean only the territories conquered by Israel in the 1967 Six Day War.

In any case, this is a political lie.

Judea/Samaria is un-allocated territory under international law. It did not belong to the unlawful occupier, Jordan, from whom Israel captured Judea/Samaria in 1967 in a war of self-defense. That is why the term ‘occupation’, so far as international law is concerned, doesn’t apply. ‘Occupation’ generally refers to one state taking and holding territory recognized as belonging to another sovereign state.

Accordingly, such conquest does not make Israel an illegal occupier. As former State Department Legal Adviser and former head of the International Court of Justice in the Hague, Stephen Schwebel, has written: “Where the prior holder of territory had seized that territory unlawfully, the state which subsequently takes that territory in the lawful exercise of self-defense has, against that prior holder, better title.”

The areas from which Israel has not withdrawn are virtually uninhabited, except for the 2% where Israelis reside.

Moreover, these territories form part of land earmarked for the Jewish national home and Jewish settlement by the San Remo Settlement of 1920, which has never been superseded by an internationally binding agreement. The terms of this settlement were incorporated into the British Mandate that followed and remain in force as per Article 80 of the UN Charter.

The very name ‘Judea’ — a term which was commonly used by the international community through centuries until the Jordanian occupation in 1949 — is derived from the same root as the word ‘Jew,’ testifying to the deep Jewish connection to this land.

Indeed, because Israel’s presence in Judea/Samaria is legal and UN Security Council Resolution 242, passed after the 1967 War, does not require complete Israeli withdrawal (as for example, the Security Council demanded of Iraq in 1990 regarding its unlawful invasion and annexation of Kuwait).

The Oslo Accords recognize Israel’s right to remain in the territories, at least until a final settlement is reached and do not require Israel to dismantle any of the Israeli communities there.

Accordingly, there is no basis to regard Israel’s conquest of the territories, Jewish residence within them, or continuing presence there (to the extent that it still exists) as either illegal or immoral.

There is, however, very strong cause to identify the BDS campaign to ostracize and malign Israel as an illegitimate state, illegal occupier and war criminal with anti-Semitic defamations across history.

Like those earlier lies, the BDS lie serves as the pretext for seeking to harm Jews, with a view to turning the Jewish nation state into an international pariah, as well as for murderous violence against Jews, both in Israel and abroad. In short, it is a vicious program to destroy Israel’s independence and existence.

It is right and proper that foreign BDS advocates be identified in these terms and excluded where necessary with the force of law, as would be the case with activists seeking to enter any country whose independence they were seeking to subvert and destroy. 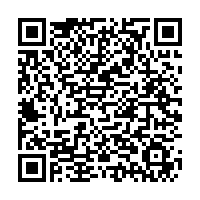