The difference between the noble protest against the nation-state law by the Druze and the mean-spirited one by some Israeli Arabs is that the former desire with all their hearts to be part of us, while the latter, who suffer from primeval hatred and envy, want to destroy us.

That subversion, given their unprecedented flourishing and integration in the country, blows apart the Left’s traditional argument that if the enemy had it better, they would stop fighting us. The opposite is true: The better their situation, the more the Arabs envy Israel’s achievements and see it as an enemy to be eradicated. They aspire to “self-realization,” the establishment of a state of Palestine on the ruins of Israel.

As the Arab tribes in the artificial Arab states murder each other, the seditious among Israeli Arabs are demanding isolationist “national” recognition, and are even trying to teach us about democracy. Waving Palestinian flags, they reject our democratic right as a majority to define ourselves as a nation and compare the Knesset to the Nazi regime.

This approach to turning Israel into “Palestine” makes perverse use of Israeli democracy. It is Palestinian terrorism turned in a campaign of sedition that includes appeals to international law, boycotts, espionage, alignment with Hezbollah and Hamas, and the encouragement of ethnic isolation and civil revolt on the part of the Arab minority in Israel.

The opposition to the nation-state law has to do with Palestinian Authority President Mahmoud Abbas’ refusal to recognize Israel as a Jewish state and his insistence on a Palestinian “right of return.” It is strange that the person who wants a Palestinian state alongside Israel also wants his citizens to live in the hated “apartheid” state.

Another Arab proverb lays out the dilemma facing the Arabs of Israel: “Should one eat grapes, or kill the [vineyard] guard?” While they are snacking on grapes, the eaters ponder the question of killing the guard. No matter where they are, the Palestinians rebel against their hosts, violently. It happened in Kuwait, Jordan, Syria, and Lebanon. As a group lacking any historical identity, they bond over ungrateful conflicts with those who show them kindness.

As far as the Palestinian Authority is concerned, the Arabs of Israel are part of “historic Palestine.” The office of late PLO leader Yasser Arafat instructed the leaders of Arab local authorities in Israel to take part in the Second Intifada in October 2000. The aggression then was strongly quashed, but the embers of violence are still burning.

The majority’s right to defend itself from a minority that identifies with and aids the enemy is anchored in law. The presence of Palestinian flags alongside the calls of “Through spirit and blood we will redeem you, Palestine,”  heard at the demonstration in Rabin Square Saturday evening were a genuine reflection of what some Israeli Arabs truly desire. The Arabs of Israel will have to decide whether they want to eat grapes in our company, or try to kill the guard. 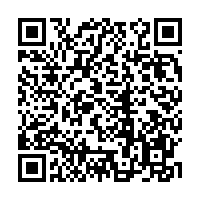