Incidentally, the expulsion began the day after the fast of the 9th of Av (exile architect Ariel Sharon decided to delay the expulsion from his originally planned 9th of Av, just days before the expulsion, which also coincided with the expulsion from Spain and Portugal in 1492) – and this year the 13th anniversary of the completion of Israeli withdrawal falls on the Fast of Gedalia, which marks, among other things, the end of Jewish sovereignty over the land of Israel.

On the occasion of Gaza Expulsion Day, here are a few choice predictions from Israel’s and other countries’ leaders at the time. Without further ado, this is what Israeli politicians believed Gaza would look like in 2018:

The defense minister at the time was Shaul Mofaz, who responded to criticisms, mainly from the right, saying the disengagement would not strengthen Hamas, but rather the moderate forces within the Gaza Strip: “Many say, ‘The security situation is likely to deteriorate,'” he said, and responded: “I have already seen to most of our security deployment in the Gaza Strip. We will be in control of the envelope around the fence, and the level of terror will drop in the Gaza Strip, as pragmatic forces will rise.”

Meretz Chairman Yossi Beilin said, after voting in favor of the expulsion, that “the important decision that was made today in the government will become a historic decision only if the next step would be negotiations on a final-status agreement within the framework of the road map, towards a solution in the path of Geneva and the Clinton plan.”

Sarid was right about the fact that the late Ariel Sharon was the de facto founder of Hamas, which he armed and cultivated as a counter-force against the PLO. The solution of removing all restraints from Gaza in the hope that this would weaken Hamas was a classic good intention paving the road to hell.

Shimon Peres, who was Opposition Chairman at the time, made it clear that if Benjamin Netanyahu’s proposal for a referendum on the disengagement is brought to a vote, he would vote against it. Peres sharply criticized Netanyahu’s initiative as “tricks.”

In 2009, President Shimon Peres, speaking before the Conference of Presidents, the umbrella organization of American Jewry, said that “mistakes were made in evacuating the settlements. I personally was wrong.”

Peres also said that “whatever happens in the future, we will not repeat the mistakes we made when we left Gaza. From the start we should have done it differently.”

“I was in favor of leaving Gaza, and I feel I was one of the people who made a mistake,” Peres confessed.

Of course, moments later, sources close to the president hastened to explain that Peres did not express remorse for the very implementation of the disengagement, but rather supports the procedure and only criticizes the manner in which the evacuation was carried out. According to them, Peres believed that disengagement was an important move and prevented the loss of human life.

Finally, what about Benjamin Netanyahu, who served as a minister in Sharon’s government? Netanyahu claims that he was one of the few in Sharon’s coalition who objected to the expulsion. The facts, as is their pesky habit, say he’s lying.

The first time the disengagement came up for debate in the cabinet was on June 6, 2004. Netanyahu, as well as all the other Likud ministers, voted for the plan.

Netanyahu and other ministers threatened not to vote for the plan, but then they saw what happened to ministers Avigdor Liberman and Benny Elon, who had been fired by Sharon two days before the vote, and returned to their senses.

Netanyahu was soon given another opportunity to demonstrate his resolute opposition to the expulsion plan. It was in the Knesset debate on the government’s decision to implement the Disengagement Plan from the Gaza Strip, on October 26, 2004. Likud MKs and ministers did run around trying to collect votes against the plan, but in the end all the heroes sat down in their cushy chairs and voted yes, including Netanyahu.

Only one minister, Uzi Landau, voted against, and was fired by Sharon that same night. But not Netanyahu. 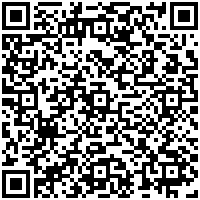