With the collapse of the current government, Israel is facing yet another election. It will be the fifth in three-and-a-half years, cost enormous amounts of money and is desired by almost no one, including the outgoing government. Worse still, there is no indication that the election will break the current political deadlock. Israel is essentially split 50-50, and while opposition leader Benjamin Netanyahu will probably be able to cobble together 61 Knesset seats and thus a government, half the country will continue to hate and despise him, and work to undermine his government by any legal means necessary.


Indeed, if one thing defines Israeli politics at the moment, it is that both sides loathe each other. To the left, the right is a proto-fascist movement led by a corrupt criminal who will dismantle Israeli democracy if he returns to power. To the right, the left is a decadent, elitist cabal running on the fumes of its former glory while collaborating with terrorists, traitors and Islamists. All attempts at moderate centrism have collapsed in the face of this atmosphere of pervasive malice.

Both sides are equally guilty of fostering such an atmosphere. After being denied victory in a previous election, for example, Netanyahu claimed that his opponents were collaborating with a fifth column of terror supporters who endorse the murder of Israeli children. At the same time, the left’s assertion that Netanyahu is a dictator and a criminal ignores the fact that he has been convicted of no crime and has thus far done little to undermine Israel’s democratic regime.

Israel is an outspoken country and, to some extent, this kind of rhetoric is to be expected. But at the moment, it bodes distinctly ill because it means that the upcoming election campaign is likely to be the ugliest in Israeli history. Determined to return to power, Netanyahu will pull out all the stops. Indeed, rumors are already circulating that the Likud plans to “run against the Arabs,” citing Israeli Arab violence in the Negev and the Galilee and portraying the left as too paralyzed by political correctness and anti-Zionism to deal with it. As for the far-right, it will undoubtedly continue the kind of provocations favored by pro-Kahanist politician Itamar Ben-Gvir.

At the same time, Yesh Atid Party leader Yair Lapid will take every opportunity to portray Netanyahu as a racist enemy of democracy who is guilty of corruption until proven innocent, and assert that a vote for Netanyahu is a vote for Ben-Gvir. Simultaneously, the far-left will continue its street protests and more unscrupulous activists will go on producing things like posters of Netanyahu with his head in a noose. On the sidelines will be the Joint List, proclaiming that the very idea of a Jewish state is an abomination and Zionism is by definition racist and colonialist. No one is going to come out of this anything other than bruised, bloody, covered in mud and perhaps fatally compromised.

What is tragic, however, is that this pervasive malice is almost the definition of sinat hinam—it is baseless hatred, useless hatred. It serves nobody.

Netanyahu’s scorched-earth rhetoric may ultimately return him to power, but it will be by the slimmest of margins. Once again, he will have denied himself the opportunity to become the consensus politician he has, in some ways, always wanted to be. At the same time, the left may be able to form another fractious “unity” coalition but will be essentially unable to govern. Moreover, their hatred of Netanyahu will only further anger and alienate the opposition leader’s passionate base of hardcore supporters, who will be confirmed in their belief that the corruption charges against him are a conspiracy by leftist elites.

At some point—and it may take many more elections—one side or the other of this divide will be able to form a government. But they will be so maimed and mangled by these battles without honor and humanity that they will be roundly hated by half the country. And this is not just bad, but potentially fatal for the Jewish state.

This is because Israel, perhaps more than any other country, requires consensus in order to survive. Quite often, its people are called upon to risk their lives and the lives of their children in order to defend it, and anyone risking their lives must believe they are doing it for something good and decent. Every nation owes its people at least that much. Ironically, Israel’s politicians—convinced that they are the only ones who can save Israel from its enemies within—are convincing more and more Israelis that this just compensation for their sacrifices will never come. In their quest to defeat each other at any cost, our politicians have forgotten that there is only one supreme struggle: the struggle to defend and preserve the Jewish state.

The obvious solution to this is a simple one: Israel’s politicians should tone down their rhetoric, refrain from demonizing their opponents, foster a civil public discourse and try to run a campaign defined by decency rather than malice. Regrettably, one of the few certainties of this round of elections is that this will not happen. The political establishment has already gone a long way towards tearing Israeli society to pieces, and it will do so with even more passion and vigor this time around. The only losers, once again, will be the Israeli people. 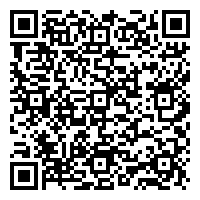