There is concern in Israel’s political system and the leadership of the Jewish community in the US over the degree that antisemitism entered into the mainstream. This concern arises from the storm surrounding rapper Ye (Kanye West), who has escalated his remarks against Jews and said in an interview with the antisemitic preacher Alex Jones that he “loves Hitler.”

West and his Holocaust-denying friend, Nick Fuentes, met with former President Donald Trump in November at his estate in Florida. Trump has not condemned West’s comments. On the other hand, the current American president, Joe Biden, tweeted, “The Holocaust happened. Hitler was a demonic figure. And instead of giving it a platform, our political leaders should be calling out and rejecting antisemitism wherever it hides. Silence is complicity.”

Both Democrats and Republicans condemned West’s antisemitic remarks, as well as the meeting Trump held with him. Due to his statements, the singer was suspended from Twitter and lost property contracts and contracts of immense value. However, people in Israel and the Jewish community in the US are worried about those from both the US’s Right and Left who did not condemn his words.

Malcolm Hoenlein, one of the US’s veteran Jewish leaders, said on Friday on the Jewish NSN radio channel broadcasting in the New York area: “This past week has been one of the most concerning weeks that I can remember in a long time. I don’t know whether people really appreciate how serious this moment is. The confluence of so many different sects and the fact that millions come to the defense of open antisemites and that in the political realm, that doesn’t want to see people raise the issue of antisemitism because they think that the charge helps the candidate (Kanye West), not hurts him, in certain places, and that the whole tenor of the times is deeply disturbing… I think it is, to some degree, overwhelming.”

Hoenlein emphasized that in the past, antisemitic remarks were dismissed outright, whereas today, they are not always met with condemnation. He also noted that lately, there is a confluence between white supremacists and members of the black community – whom they were supposed to hate – with the background being the shared hatred of Jews.

“What we see on our campuses, what you see in the United Nations, that they can vote that Israel’s creation was a disaster, we know we’re dealing in record numbers of antisemitic attacks – we have to think about what is happening to American society. Thousands and thousands of antisemitic websites are promulgating messages, and with the fact that with the distance from the Holocaust, some people will say that now it’s just in stark memory for some, and for others, not even that. I think that there are a lot of questions we have to ask about how do we react to it. It’s very troubling, and I don’t get much sleep anymore,” added Hoenlein.

Even in Israel, people are apprehensive about the intersection of currents and trends that will bring anti-Semitism into the American mainstream. A source on the issue said to Israel Hayom, “2023 is predicted to be a decisive and difficult year in this regard. Today, Jewish students on campus are required to oppose not only Israel but also Jewish history, as they are presented as a privileged and oppressive white supremacy.” He explained that “Biden does not need to write that the Earth is round, but he does feel the need to say that the Holocaust happened and that Hitler was a bad person. This shows us where we have come.”

It should be noted that although Jews make up only approximately 2% of the United States’ population, the vast majority of hate crimes are directed against them. A survey conducted by YouGov found that 57% of Americans believe that antisemitism is a serious problem today in America. Another study conducted among the supporters of Progressivism showed that 80% of them think that American Jews have “unfair advantages” that need to be addressed. Over 2000 antisemitic incidents were reported across the US in the past year. 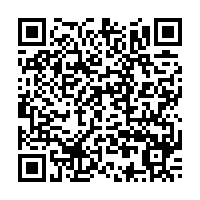