The top ranks of the Palestinian Authority are greatly disappointed by the results of the general elections in Israel, which took place on April 9, 2019. The hope of PA Chairman Mahmoud Abbas and the Fatah leadership that Prime Minister Benjamin Netanyahu would be defeated by Benny Gantz, leader of the Blue and White Party, was dashed and ended in disappointment.

Senior PLO official Saeb Erekat expressed this view when the final results of the elections were announced by stating, “The Israelis have voted ‘no to peace’ to preserve the current situation. They have said ‘no to peace and yes to the occupation.’”

The PA leadership was careful throughout the election campaign not to issue statements that could have been interpreted as interference in the elections in Israel and helpful to Prime Minister Netanyahu. However, every child in the West Bank and Gaza knows that the Palestinian leadership wished for Benjamin Netanyahu’s downfall. On April 9, 2019, Mahmoud Abbas played the supposedly “neutral” game when he said during a tour of a Ramallah hospital, “We are watching what’s happening with our neighbor, and we hope they will take the right path toward peace.”

At the moment, what concerns the PA leadership is the strengthening of the right-wing bloc in Israel and the expected publication of President Trump’s “Deal of the Century.” But what worries them the most is Prime Minister Netanyahu’s announcement on April 8, 2019 that he had informed President Trump of his intention to annex territories in the West Bank “gradually and in coordination with the United States.”

Senior Fatah officials say that the Palestinian Authority is powerless against any intention to annex the settlements and additional territories in the West Bank, and it does not have any diplomatic options to prevent it. Abbas announced on April 8, 2019, that the Palestinian Authority rejected Trump’s Deal of the Century. “Whatever will be, will be,” Abbas stated. He continues to boycott the U.S. Administration and is very worried about the weakened stance of the Arab countries toward Trump’s policy in the Middle East. The Arab countries displayed this weakness when the Trump administration recognized Israeli sovereignty over the Golan Heights and declared Jerusalem as Israel’s capital, and it only reinforced the heavy frustration of the Palestinian leadership. The Arab leaders have shown that they are strong in their condemnations, but do nothing when it comes to taking action.

The PLO Executive Committee is expected to meet on April 11, 2019, to discuss developments. The gathering was initiated by Saeb Erekat, secretary-general of the Executive Committee, who will lead it. He is very troubled by recent developments, Netanyahu’s victory in the elections, and the intention to extend the Israeli law of sovereignty to parts of the West Bank.

This will be an unofficial consultation to create a proposed resolution on how to act in the face of a lack of any practical options for dealing with a future Israeli government resolution to annex territories in the West Bank.

Mahmoud Abbas has failed miserably in his determined efforts to create opposition in the international arena to the policies of President Trump regarding the Israeli-Palestinian conflict. Senior Fatah sources have tried over the past year to persuade him to open a secret channel of communication with the U.S. Administration to soften the clashes between the Palestinian Authority and the U.S. government. However, Abbas stubbornly refused, and he continues to boycott the Trump administration.

Abbas Rejects Entreaties to Reconcile with the U.S.

The result of Abbas’ policy toward the Trump administration will only be further harm to Palestinian interests. Abbas is currently in a difficult situation. There is a deep division within Palestinian society and a rift between the West Bank and the Gaza Strip. The PA chairman is opposed to an armed intifada against Israel, but his strategy of “popular resistance through peaceful means” has been a resounding failure in the West Bank territories.

Fatah sources fear that Netanyahu’s election victory and the growth of the right-wing bloc in the Knesset will give Netanyahu the impetus to advance the process of imposing Israeli sovereignty over lands in the West Bank and evacuating the Bedouin settlement of Khan al-Ahmar on the road to the Jordan Valley.

Abbas’s stubbornness forces the Palestinians to get used to any new situation imposed upon them by the Trump administration and Israel. Abbas does not have the political courage to “hang up his hat” and resign from his position.

The PA chairman continues to stick to his seat and take care of his and his two sons’ sizeable economic interests. The PA leadership is afraid of him, and senior Fatah officials prefer to avoid disputes with him because of the battle for the succession. Abbas is an obstinate politician who does not appreciate criticism. Anyone who argues with his policies will find himself isolated and outside the political game. The Palestinians themselves, rather than their leadership, are paying the price for this. 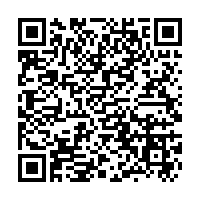