With the caveat that twenty years give the advantage of hindsight, my personal experience in south Lebanon in the late 1980s and well into the 1990s might have some value in terms of assessing basic and immediately relevant questions about Israel’s campaign there.


As a battalion commander in the security zone in the spring and summer of 1988, and as commander of the 7th armored brigade and deputy commander of Division 36 from 1993 to 1997, I was able to observe the Israeli units’ activity in south Lebanon from up close.

I must admit that in those days I did not ask deep questions about the systemic approach to the zone. Yet there was certainly room to wonder why, despite changes that occurred in Hezbollah’s patterns of activity, especially after Operation Accountability in July 1993, the IDF’s operational deployment in the security zone remained as it had been—in the same positions and with the same order of battle.

Nor did I ponder the problem of the strategic objective. The professional challenge—that is, the operational learning that was needed in order to readjust to Hezbollah’s changing warfare—was a world in itself. Unlike in the 1973 Yom Kippur War, which saw deep distrust between senior command echelons and field commanders, throughout the years of the security zone the chiefs of Northern Command were fully involved in what was happening at the front and enjoyed the field commanders’ full trust.

In the security zone a kind of guerrilla warfare prevailed that was unfamiliar to the IDF, and it only grew more complicated over the years. Above all else, however, something unsolvable emerged between the basic objective of maintaining the security zone on behalf of the security of the northern Israeli communities and the need to defeat Hezbollah.

The IDF found itself in a state of tension between three objectives. The first, which was recognized as the most important, was the northern communities’ security. The second was the continued existence of the South Lebanon Army (SLA) and the security of the civilian population in the security zone, while limiting IDF and SLA casualties. The third was to attack Hezbollah and degrade its combat capabilities. Hezbollah was aware of this tension and strove to maximize the strategic potential of augmenting it.

The vicious circle was simple. Hezbollah attacks on SLA positions, for example, would prompt artillery fire on Tyre and Sidon that would cause Lebanese civilian casualties—an outcome that, according to the tacit understandings reached in Operation Accountability, gave Hezbollah a pretext for rocket fire at the northern communities. This situation led to frustration and to thoughts about the basic purpose of maintaining the security zone in the first place.

When Gen. Amiram Levin took over as chief of Northern Command in 1994, he was keenly aware of this dilemma yet was never able to bring the chief of staff and the political echelon to see things the way he did. This topic was address in a thorough and critical study by the IDF’s History Department, and while the study is still under wraps, its main conclusions are known and worthy of public discussion.

From the beginning of the 1990s, with the entrenchment of Hezbollah’s hegemony in southern Lebanon, a significant change occurred. While the IDF continued to prevent terror infiltrations of border towns and villages, Hezbollah aimed at a new objective. On the declarative level, it was working to “liberate the Lebanese homeland.” On the covert level, which was more essential and apparently pursued under Iranian guidance, Hezbollah sought to exploit the Israeli presence in south Lebanon to damage the image of Israel’s military superiority by highlighting its wider vulnerabilities.

Thus, in 1992, when Israel assassinated Hezbollah leader Abbas Musawi, the organization responded by blowing up the Israeli embassy in Argentina. Two years later, in retaliation for a surprise attack by the Israeli air force on a training base in Lebanon that killed 30-40 Hezbollah terrorists, the organization blew up the Jewish Community Center in Buenos Aires, killing 85 and wounding 330. It is certainly true that years earlier, Palestinian terror groups had attacked Israeli targets overseas, as in the murder of the Israeli athletes at the 1972 Munich Olympics. Hezbollah, however, gave this phenomenon a strategic upgrade by linking attacks abroad to the course of the warfare in southern Lebanon.

Likewise, the way in which Hezbollah used rocket fire against the Israeli home front differed from the way the Palestinian groups had used it. On the surface, the targets remained the same: the northern towns of Kiryat Shmona and Nahariya. And the aim, from Hezbollah’s standpoint, was still to sow terror in the Israeli home front. But the strategic context of the rocket fire was much more complex. Now, the aim was to instill doubt in Israel about the security zone’s effectiveness: If the fighting in south Lebanon was causing the rocket fire, how was the IDF’s presence in south Lebanon benefiting the northern communities? At the tactical level, the deterrence equations created by Hezbollah limited the IDF’s ability to bring to bear its massive overall superiority and restrained its ability to take the initiative offensively.

The duty of victory

Throughout its existence, the security zone suffered from its perception as a secondary arena by the IDF General Staff, which focused from December 1987 on the Palestinian intifada and from September 1993 on implementing the Oslo Accords and preparing for a possible war with Syria, which staunchly and actively opposed the Accords. A thorough inquiry is required into the General Staff’s and the defense establishment’s ability to deal with a number of systemic challenges simultaneously.

For years the IDF has been criticized for an allegedly diminished will to victory. Yet the slogan “Let the IDF win” used by critics describes reality in a simplistic way that makes it harder to understand the deep undercurrents that have produced the phenomenon. A reconsideration of the fighting in the security zone offers a vital lesson about the change Hezbollah brought about in the modes of waging war against Israel. Those last years in Lebanon offer a laboratory case study of falling into a strategic trap, and a necessary reference point for crafting an Israeli security concept that is committed to winnin 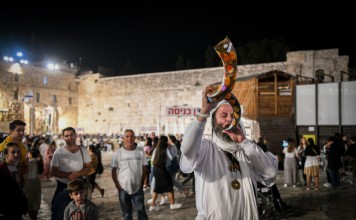 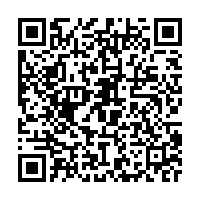