Over 3,100 years ago, Ruth left her land and people to accompany her Jewish mother-in-law, Naomi, to Eretz Yisrael with the intention of joining the Jewish people. According to the Talmud (Yevamos 47b), Naomi attempted to dissuade her, but once she saw Ruth’s resolve – exemplified by her statement “your people will be my people, and your G-d will be my G-d” (Ruth 1:16) – she relented and Ruth formally became a Jew.

For thousands of years, batei din have converted individuals who wished to join the Jewish people on an ad hoc basis; there simply weren’t that many people who wished to convert. Nowadays, though, we have hundreds of thousands of what some people call “Zera Yisrael” – children and grandchildren of Jews who are not halachically Jewish – living among us in Israel and the Diaspora.


This situation forces us to ask: Should non-Jews who identify as Jewish and live in Jewish communities be discouraged from converting as was customary for thousands of years? Or should they be encouraged to formally join the Jewish people in order to alleviate the many social, religious, and demographic problems that currently exist?

In Hilchos Issurei Bi’ah (12:14), the Rambam describes the ideal convert: one who desires – just like the Jews at Har Sinai – “to enter into the covenant, take shelter under the wings of the Divine presence, and accept the yoke of the Torah.” The Talmud (Yevamos 24b) debates whether a non-ideal convert (i.e., one who converts for impure motivations) is even Jewish, but concludes that “the halacha is in accordance with the statement of the one who says that they are all [valid] converts.”

Despite the Talmud’s concern regarding conversions performed for less-than-pure motivations, historically such conversions were sometimes allowed. For example, Rabbeinu Tam (on Yoma 82b, s.v. “mah”) permits a woman who converted out of Judaism and married a non-Jew – and then repented – to remain married to the non-Jewish husband after he converts to Judaism.

Similarly, the Rambam (Teshuvot 2:211) permits a Jewish man to continue a relationship with a slave with whom he was intimate after she converts as “it is better to eat gravy [i.e. violate the minor prohibition of marrying a slave after she has been freed and converted] than to eat forbidden fat itself [violate the more severe prohibition of having relations with a maidservant].” He writes, “We relied on the principle of ‘It is a time to do for G-d by abrogating His law.’”

More recently, R. Shlomo Kluger (Tuv Ta’am VeDa’as 230) ruled that a Jewish soldier who returned home from war with a non-Jewish woman could have her converted. He writes that we are concerned that if we do not allow her to convert, the Jew will “go off to evil ways (tarbus ra’ah).” In this context, R. Kluger makes an important assertion: Since there is no external impediment to their union, and given that the non-Jewish woman desires to convert, the conversion is considered to be “for the sake of Heaven.”

Similarly, R. Chaim Ozer Grodzinski, despite his overall apprehension regarding conversions and the sincerity of kabbalas mitzvos, attests that he has been asked numerous times regarding a non-Jewish woman who was civilly married to a Jew and wished to convert and be married with a chuppah and kiddushin. R. Grodzinski (Achiezer 3:26, 28) concludes that it is customary to convert the woman under such circumstances.

Conversions Performed for Marriage in the 20th Century

During the 20th century, we find three noteworthy approaches to conversion for the sake of marriage – all in response to the rising intermarriage rate.

The first approach, adopted by the Syrian community, was to ban all conversions, even those not performed for the sake of marriage. A ban against conversion was first implemented by R. Shaul Setton Dabah in the Syrian community of Argentina in 1922 to counter the rising number of intermarriages.

In 1935, R. Jacob Kassin issued a similar ban on the Syrian community in New York, extending the prohibition to marrying someone who has already converted. This ban was reaffirmed after World War II, when Jewish soldiers returned with non-Jewish partners, and again in 1972, 1984, and 2006.

This ban undoubtedly preserved the Syrian Jewish community. However, numerous poskim, including R. Herzog (Pesakim U’Ksavim) and, more recently, R. Asher Weiss (Darchei Hora’ah, Gerus 12:17) criticize it, noting that there may be a mitzvah to accept worthy converts; that banning a convert from marrying into a specific Jewish community may violate the Biblical prohibition of ona’as hager, and that even if it was an appropriate hora’as sha’ah, it is time to repeal it now that so many decades have passed.

The second approach, adopted by numerous rabbis in Sephardic lands (and in some Ashkenazic communities), was to permit conversion for the sake of marriage, even with minimal religious commitment. For example, R. Eliyahu Chazan, as well the Nehar Mitzrayim (Hilchos Gerim, p. 111), write that the policy in Egypt was to allow non-Jewish women to convert for the sake of marriage.

R. Bentzion Meir Chai Uziel, in an early responsum (Mishpetei Uziel, Yoreh De’ah 1:14), writes that when a non-Jewish woman is already married to a Jew, she will grow closer to the Torah and her husband’s family if we convert her. “It is therefore permitted – or better, obligated – to bring them close and have then enter into the covenant of Israel’s Torah and remove the affliction of assimilation, which is an inflammatory affliction in the vineyard of the House of Israel,” he writes.

Elsewhere, R. Uziel (ibid. Even HaEzer, 20) expresses great concern for the non-Jewish children of intermarried couples and encourages the conversion of non-Jewish spouses and their children.

R. Ovadia Yosef, in a Knesset committee hearing (November 16, 1976), supports this tradition, and notes, “[While] some Ashkenazic rabbi are stringent in this matter…there are many who are lenient. At the head of them is R. Shlomo Kluger from Galicia…and so write the rabbis of Egypt, R. Eliyahu Chazan and R. Yosef Mesas, and others…. In practice, most of the rabbinic judges of Israel today accept this change, and therefore even when they know the woman comes to convert for marriage, they accept her.”

R. Yosef recounted that he personally ruled on tens of conversion cases each year.

The third approach, best represented by the rulings of R. Moshe Feinstein, is based on deep ambivalence and apprehension regarding conversions performed for the sake of marriage. In numerous places, R. Moshe criticizes batei din that regularly perform such conversions. Although he writes that he withholds judgment, he adds: “I am not comfortable with this, and neither was my father” (Yoreh De’ah 3:106).

He rules that only when a beis din is convinced that a potential convert wholeheartedly accepts upon himself the mitzvos (even if he is not aware of all of the mitzvos or we estimate that he will be unable to fulfill all the mitzvos) do we accept him into the Jewish people (ibid. Yoreh De’ah 1:159).

These three approaches were prevalent in different geographic areas, each facing its own communal and religious challenges.

As mentioned above, the Jewish world today faces a mounting crisis in both the Diaspora and Israel. In the wake of the mass emigration from the former Soviet Union, there are currently over 400,000 Israelis who are officially categorized as “without religion.” They attend Jewish schools, even religious schools, serve in the army, and live and work alongside other Israelis.

Many were born and raised in Israel, observe Shabbos, chagim, and the laws of kashrus. They are fully integrated into Israeli society, have absorbed its values, internalized its culture, and are coming closer to Judaism.

Historically, the chief rabbis of Israel – including R. Herzog, R. Uziel, R. Unterman. R. Nissim, R. Goren, R. Ovadia Yosef, and R. Bakshi Doron – have encouraged converting non-Jews who choose to cast their lot with the Jewish nation in Israel, whether it be non-Jewish spouses of Jewish refugees who fled to Israel, non-Jewish volunteers on kibbutzim who decided to stay in Israel, or non-Jewish immigrants (and children of these immigrants) from the former Soviet Union.

In recent years, numerous rabbis have called for converting these Israelis and their children. Refraining from converting them, they argue, doesn’t discourage intermarriage; it actually increases it. R. Asher Weiss (Kuntras Shevu’i, Bamidbar, 5773) argues that our current predicament calls for a change in approach:

In my opinion, our generation is not like previous generations, as from eternity we have refrained from initiating conversions and only [accepted] a person who came with the intention of converting after being pushed away numerous times…. And this is the proper way according to the Torah. However, in our era, when so many of those who immigrated from the Soviet Union are non-Jews according to the law and are mixing in with the residents of the land, there is a great stumbling block for generations, and we should not discourage them from converting. Rather, we should make efforts to convert them. While we should not be lenient, G-d forbid, regarding the requirement of accepting upon themselves the yoke of Heaven and the yoke of mitzvos…we should not discourage them from converting.

Similarly, R. Nachum Eliezer Rabinovitch, z”l, who just recently passed away, argued that immigrants from the former Soviet Union, and especially their children, should be encouraged to convert, in accordance with halacha. He even established independent conversion courts, known as “Giyur K’Halacha,” for this purpose.

Each generation’s rabbinic leadership is entrusted with the authority to decide the best policy for potential converts, local communities, and the Jewish people. As the Beis Yosef writes, the decision is made “according to the perception of the beis din.” As we celebrate receiving the Torah this Shavuos, we should consider whether to enable others to join the covenant of the Torah as well, and – if so – how. 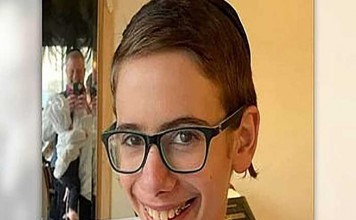 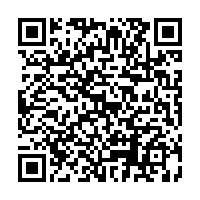