When Israel Defense Forces (IDF) commanders look through their binoculars at built-up areas in Lebanon or Gaza, they do not, for the most part, see the enemy.

Yet the enemy is very much there, as the commanders are well aware. Embedded deeply in civilian neighborhoods, hardline Islamist armed entities, such as Hezbollah and Hamas, are preparing for combat. They are organizing their personnel into formations, pointing projectiles at Israeli cities, building underground tunnels and bunkers, and gaining significant expertise in urban asymmetric warfare.

In the Middle East of today, the era of the classic state actor has been in decline for some time, and the power of the non-state actor (or the sub-state actor, depending on how one looks at it) is on the rise.

The problem is that these newer actors are able to exert full control over the territories they govern yet make themselves nearly invisible when they choose to do so. This ability does not only serve them on the military front. As recent events in Gaza demonstrated, it is also extremely useful in the arenas of diplomacy and public influence.

Hamas has acknowledged that the majority of casualties from the latest border clashes were in fact its own members in civilian clothes. Some were armed. They were attempting to lead a mass infiltration targeting nearby Israeli communities and military positions. During the mass rioting, Hamas cells used civilians as cover for cross-border shooting attacks on IDF units while others planted explosive devices.

Operating among civilians is the bread and butter of this kind of armed organization, and it creates serious dilemmas for the IDF.

In southern Lebanon, one out of every three civilian homes doubles as a Hezbollah weapons storage facility. In the Gaza Strip, Hamas has, during past rounds of escalation, fired surface-to-surface rockets at Israeli cities from hospitals, schools, and civilian residential neighborhoods.

The days when the Israeli military could keep track of conventional enemy militaries – when it could count the other side’s tanks and monitor its air force – are long gone.

Today, Israel’s senior military commanders speak of the need to deal with “the modern invisible enemies”. These are highly organized guerilla-terrorist armies lurking in built-up areas. They are made up of infantry forces; arsenals of rockets, mortar launchers, and drones; anti-tank missiles; combat tunnels; and massed quantities of automatic firearms.

In order to make such threats more visible, the IDF is developing an ability to deploy a network of sensors, on the ground and in the air, that can pick up a range of electronic, communications, and signals intelligence on enemy activity.

Organizations like Hamas and Hezbollah have made a strategic decision to decentralize themselves, but they still have what IDF commanders describe as “centers of gravity” that can be attacked.

In addition, the IDF is equipping its forces with a range of new, hi-tech smart weaponry designed to precisely strike targets while minimizing collateral damage. Such weapons, backed by advanced intelligence, can go a long a way towards helping the IDF engage the 21st century battlefield.

There are no signs that any actor in the area is currently seeking a major confrontation. But though this may be unlikely, the explosive and unpredictable region could be dragged into a conflict at any time.  Should that occur, the IDF will be better prepared than it has been in the past to deal with its invisible enemies.

Yet the international community, it seems, will continue to be susceptible to the manipulation of these radical non-state actors and their ability to make themselves vanish whenever convenient. 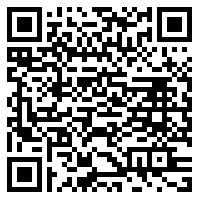