Monday saw a turbulent meeting and harsh exchanges at the Knesset Committee for Immigration, Absorption and Diaspora Affairs, concerning the authority of overseas rabbis to convert, and the recognition of said conversions by the Chief Rabbinate of Israel.

In an earlier meeting, Committee Chairman MK Avraham Neguise (Likud) was promised by the Director General of the Chief Rabbinate, Moshe Dagan, that a committee is being established to formulated criteria for recognizing Rabbis abroad who are authorized in matters of marriage and conversion, pending approval by the Chief Rabbinic Council.


The committee heard that the recognition criteria for overseas Rabbis were formulated and forwarded to the rabbinical organizations in the United States and Europe for comments. One of the responses, from Europe, has been to require that a convert reside in a vibrant Orthodox Jewish community, with an active daily minyan. The Israeli Rabbinate decided to be more lenient and did not include such strict criteria.

The Rabbinic Council of America has traditionally preferred to favor its own long list of recognized rabbinical courts over the Israeli rabbinate emphasis on compliance with its criteria, according to Dagan.

“They are trying to delegitimize the work of the Rabbinate, and raise individual cases, where the claimants are not familiar with the details and the backdrop against which the Rabbinate’s decision was made,” Dagan told the committee.

Dr. Shuki Friedman, director of the Center for Nationhood, Religion and State at the Israel Democracy Institute, requested to publicize the Rabbinate’s criteria and encourage feedback. Dagan replied dejectedly that the way things are going these criteria will never be publicized or approved.

MK Yinon Azoulay (Shas) said “the Reform community is not considered Jewish, there is halacha – and those who do not comply with the halacha cannot call themselves a stream in Judaism.”

Ksenia Svetlova (Zionist Camp) replied, “You will not determine for others. The Temple was destroyed over to internal fighting and extremism.”

MK Rachel Azaria (Kulanu) argued that the Rabbinate’s plans are “severing our ties with Diaspora Jewry.”

MK Elazer Stern (Yesh Atid) stressed that “there is no one Judaism. In the present situation, every day that goes by distances Jews from Judaism.”

MK Uri Maklev (United Torah Judaism) noted that “clarifying what is Judaism is an obligation in [rabbinical] courts and a fundamental principle upon becoming part of the Jewish people.”

At which point Opposition Chairman MK Isaac Herzog (Zionist Camp) urged the Rabbinate to visit Venice and examine Jewish life in the city.

Rabbi Shalom Bahbout, Chief Rabbi of Venice, Italy for the past four years, recounted the story of an observant female convert who was refused an Aliyah. Yehuda Sharf, representative of the Jewish Agency, clarified that the woman did not receive the immigration permit because she did not meet the conversion criteria formulated by the three Jewish streams to prevent exploitation. These criteria are published online, and include questions regarding an individual’s conversion plans, and participation in the community for a significant period of time.

The Chief Rabbinate’s Dagan replied that two rabbinical courts currently operate in Milan and Rome, and they convert the residents of the surrounding areas. Rabbi Bahbout disregarded this status quo, and declared that he would convert people from all over Italy in his rabbinical court, including those who had been rejected in the courts in Milan and Rome.

Nerya Knafo of the Conservative movement emphasized that the “Rabbinate tries to decide who is Jewish and who isn’t, but the state has no authority to determine this instead of the community.”

Rabbi Shaul Farber, chairman of the Itim Institute said “the Rabbinate has no sympathetic ear for the diversity of Judaism today, and there is no readiness to recognize the rabbinic court in Venice, which boasts a tradition of 1,500 years. Instead, people who approach [the Venice court] are referred to the rabbinic court in Rome, which is 375 miles away.” 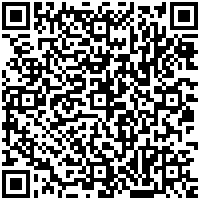