They all warned us. The geniuses at Peace Now. The brilliant diplomats. The think tanks. Even the Arab dictators warned us. For decades now, they have been warning us that if you want “peace in the Middle East,” just fix the Palestinian problem. A recent variation on this theme has been: Just get the Jews in the West Bank and East Jerusalem to “freeze” their construction, and then, finally, Palestinian leaders might come to the table and peace might break out.

And what would happen if peace would break out between Jews and Palestinians? Would all those furious Arabs now demonstrating on the streets of Cairo and across the Middle East feel any better? Would they feel less oppressed?

Has there ever been a greater abuse of the English language in international diplomacy than calling the Israeli-Palestinian conflict the “Middle East peace process?” As if there were only two countries in the Middle East.

Even if you absolutely believe in the imperative of creating a Palestinian state, you can’t tell me that the single-minded and global obsession with the Israeli-Palestinian conflict at the expense of the enormous ills in the rest of the Middle East hasn’t been idiotic, if not criminally negligent.

While tens of millions of Arabs have been suffering for decades from brutal oppression, while gays have been tortured and writers jailed and women humiliated and dissidents killed, the world has obsessed with the Israeli-Palestinian conflict.

As if Palestinians – the same coddled victims on whom the world has spent billions and who have rejected one peace offer after another – were the only victims in the Middle East.

As if the Israeli-Palestinian conflict has anything to do with the 1,000-year-old bloody conflict between Sunni and Shiite Muslims, or the desire of brutal Arab dictators to stay in power, or the desire of Islamist radicals to bring back the Caliphate, or the economic despair of millions, or simply the absence of free speech or basic human rights throughout the Arab world.

While self-righteous Israel bashers have scrutinized every flaw in Israel’s democracy – some waxing hysterical that the Jewish democratic experiment in the world’s nastiest neighborhood has turned into an embarrassment – they kept their big mouths shut about the oppression of millions of Arabs throughout the Middle East.

They cried foul if Israeli Arabs – who have infinitely more rights and freedoms than any Arabs in the Middle East – had their rights compromised in any way. But if a poet was jailed in Jordan or a gay man was tortured in Egypt or a woman was stoned in Syria, all we heard was screaming silence.

Think of the ridiculous amount of media ink and diplomatic attention that has been poured onto the Israel-Palestinian conflict over the years, while much of the Arab world was suffering and smoldering, and tell me this is not criminal negligence. Do you ever recall seeing a UN resolution or an international conference in support of Middle Eastern Arabs not named Palestinians?

Of course, now that the Arab volcano has finally erupted, all those chronic Israel bashers have suddenly discovered a new cause: Freedom for the poor oppressed Arabs of the Middle East!

Imagine if those Israel bashers, during all the years they put Israel under their critical and hypocritical microscope, had taken Israel’s imperfect democratic experiment and said to the Arab world: Why don’t you try to emulate the Jews?

Why don’t you give your people the same freedom of speech, freedom of religion and freedom to vote that Israel gives its people? And offer them the economic opportunities they would get in Israel? Why don’t you treat your Jewish citizens the same way Israel treats its Arab citizens?

Why don’t you study how Israel has struggled to balance religion with democracy – a very difficult but not insurmountable task?

Why don’t you teach your people that Jews are not the sons of dogs, but an ancient people with a 3,000-year connection to the land of Israel?

Yes, imagine if Israel bashers had spent a fraction of their energy fighting the lies of Arab dictators and defending the rights of millions of oppressed Arabs. Imagine if President Obama had taken one percent of the time he has harped on Jewish settlements to defend the democratic rights of Egyptian Arabs – which he is suddenly doing now that the volcano has erupted. 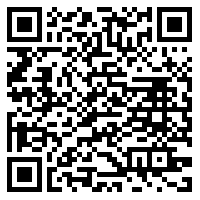