“What will become of the housing market?” I asked Uri Ariel, betraying my worries about my daughter and  son-in-law living in a chicken-coop-turned-apartment on a moshav.

Ariel told me about his plan to create a special cabinet whose job will be to promote the construction of rental apartments in every possible place throughout the country, thus flooding the market with rental units.  But I’m worried.  Experience shows that good people’s good ideas ultimately end up in the hands of less good people.  Ariel won’t be the housing and construction minister forever, after all.


“When your plan meets the marketplace,” I asked him, “who can guarantee that it will follow the rules that you and your associates set for it?  Why not have the state do the construction, so at least that part will stay in the hands of the government?”

“Because it’s been shown that when the state builds, it ends up costing more.”

Uri didn’t go into details and he is not about to come out against those employed by his ministry.  In any event, he and others who know the subject firsthand agree that if the state builds, it costs more.

“But when the construction tenders start being issued,” I asked, “how can you keep the usual suspects from entering bids and making illicit gains off of taxpayers’ backs, as happened in the past?”

Uri explains that this time, such people will be treated as criminals.

Right … but we’ve been down this road before.  Take these two examples:

In the early seventies, a large rental project in the French Hill section of Jerusalem got off the ground.  The state sold the land at a good price to some kindly disposed Jews from the U.S., after convincing them to invest their money in the construction of high-quality rental units.  The state promised them that the units would yield a reasonable amount of rental income.  Yet for some reason—to this day no one seems to know why—the foreign investors found that no one was coming to rent their apartments.  There was no demand.

But that wasn’t the end of it.  The investors had to go find a buyer for their property.  A certain Jerusalemite who was famed as a theoretical communist and a practical capitalist was offered an opportunity to buy the apartments by a friend of his—a senior bureaucrat at the Ministry of Construction and Housing.

The ministry contacted a bank, recommending that it extend a loan to that Jerusalemite in exchange for a lien on the property.

Pay day came quickly enough.  Thanks to his contacts, the Housing Ministry made a gesture that it had not been kind enough to extend to the previous investors.  He was given permission to sell the apartments on the open market.  And suddenly there were buyers.

Greed doesn’t discriminate between political stripes, though.  Here’s a parallel case from the right:

In a settlement in Judea, adjacent to the Green Line, the government held a lottery for parcels of land on which to construct homes.  Those young couples that did not win lots were told just to wait a bit: soon there would be a tender for contractors to build denser housing, and they would be able to get a home for 900,000 NIS.

The price quoted was sensible, taking into account the low cost that the contractors paid for the land, development and construction costs, and a nice profit for the contractors.  But the young couples are still waiting.  Better-off people are living in those apartments.  Once the contractors (including one of “our” public corporations) received the land at a bargain basement price, without so much as a government tender, they took one look at the housing shortage, moved the prices up to 1.8 million NIS, and pocketed one million NIS per apartment: profit of one hundred percent.

Where were the regulators?  At best, they fell asleep on the job.  The land was sold at a pittance for the benefit of the public.  Their job was to impose reasonable limits on the prices.  Yet at the end of the day, three hundred seventy apartments were built at a profit of 370 million NIS.  The contractors made their personal fortune at the taxpayers’ expense.

So who can guarantee that once Uri Ariel has left the ministry, these shenanigans won’t return?  There is no guarantee.  Quite the opposite: it is reasonable to assume that there always will be business people and politicians who know how to game the system.  You can’t trust business people as a group, because they always want to maximize their profits.

To counter this dynamic, the public needs new, idealistic forces both inside and outside the establishment.  The public has to understand that it needs to take action on economic matters the same way it takes action on settling Judea and Samaria—a key political truth that the young social protesters of two summers ago understood well.

Aside from distributing the ethical work Mesilat Yesharim to contractors, here are some recommendations for the minister of housing and construction to consider:

– Build a no-nonsense regulatory force to supervise construction together with an no-nonsense legal department.

– Encourage the establishment of public bodies and associations to keep tabs on what is happening—preferably in every government ministry, but certainly in the Construction Ministry as it embarks on the major undertaking that Ariel and his cabinet are planning.

– Encourage the creation of institutes for the grooming of ethical government officials who see their work as a mission.  (There is one such institute named for Ido Zoldan, which was founded by his father, Nachman.)

– Encourage the activity of institutes of economic ethics, such as the one at the Jerusalem College of Technology (Mechon Lev).

If all these ideas are successfully pursued, then there will be no need for legislation against excessive concentration of economic power.  And it won’t hurt to add a prayer to God that all those involved be individuals of absolute integrity.  And where will we find them?  As Rabbi Maimoun said to Ben Gurion: For a little money, you can even find individuals of absolute integrity.

Originally published in Makor Rishon, May 17th, 2013. Translated from Hebrew by David B. Greenberg. 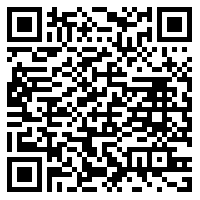