The big news this past week was that Ivanka Trump and her husband, Jared Kushner, asked a rabbi about attending the inaugural balls on Shabbos and received a heter (dispensation) to accept a ride in a car. (They were willing to walk but there are serious safety concerns involved. Remember how Ivanka was accosted on an airplane not that long ago?) Unsurprisingly, the degree to which this decision was accepted or condemned by the Jewish public strongly correlated with one’s personal politics.


I would like to take a different approach: It’s none of our business.

The details of the discussion with the rabbi have not been made public, so any analysis of the situation is hypothetical. Should the question ever be published in a collection of responsa, and should the halachic basis of that response be shaky, then the objection would lie with the rabbi. The Trump-Kushners did the right thing: they asked a rabbi. Even if the decision was wrong (and I don’t know that it was) the onus isn’t on them. When you ask your rabbi a question, you don’t expect it to appear in the shul bulletin for other congregants’ consideration. This should be no different.

We take such pride when observant Jews in positions of prominence but then we nitpick their behavior. It’s great to see that Sabbath-observant Jews can accomplish pretty much anything in today’s society – something our ancestors never would have believed! – but just because someone is Sabbath-observant, that doesn’t make them a religious authority. They’re just private people, like you and me.

Ivanka is not the first Jewish person in the spotlight to undergo such scrutiny, nor will she be the last. For example, in 2003, a campaigning Senator Joseph Lieberman ate a deep-fried Twinkie at the Iowa State Fair. When asked by a reporter if it was kosher, he replied, “They fry it in soy oil. We actually checked that out ahead of time because I just knew some (person) would want to know.” Now maybe that’s not good enough for you. That’s fine; nobody’s asking you to eat it. Just remember that Senator Lieberman wasn’t campaigning for Chief Rabbi.

This is true in the entertainment world as well. When Matisyahu was Hasidic, some people idolized him in a manner very close to the literal sense of the world. Then, one day, he shaved off his beard, bleached his hair, revealed that he had been estranged from his family, and was tweeting about his masseuse. I say this with no judgment: it’s his life and he is entitled to live it as he sees fit. But people put a lot of eggs in that “Hasidic reggae superstar” basket and when Matisyahu announced that he was no longer affiliating himself with the Hasidic community, it was close to a crisis of faith for them. Appearances are superficial; I have no idea how observant Matisyahu may or may not be but it should make no difference as to whether one likes his music. And even when he identified as a Chasid, he never intended to be a religious authority; he should not have been put on a pedestal as one.

There’s also the case of Esther Petrack, a modern Orthodox contestant on the television show America’s Next Top Model. The Jewish internet was widely divided on poor Esther, over the inherent immodesty of the endeavor, plus the question of whether or not she would work on Shabbos. (Apparently, audio had been cut in such a way to make it appear that she would because it makes for more dramatic “reality TV.”) Again, it’s Esther’s life and nobody else’s business.

There are plenty of people in this world who normally keep Shabbos but who have accepted a ride to a family simcha when they maybe shouldn’t have. Lots of people go on vacation out of town and do not adhere to the same standards of kashrus as they might at home. Many people move from righter ends of the religious spectrum to the other extreme. Plenty of college students dress in a manner that would not have been accepted by their Jewish high schools. I’m not advocating such things, it’s just the way it is. We don’t go around berating these people and micromanaging their lives. Just because someone is in the public eye, that’s no excuse.

There is the obvious objection that Jews who do questionable things in public create a chillul Hashem (a desecration of God’s Name). To that, I say yes and no. When it comes to criminal behavior, that’s for sure the case. For example, Bernie Madoff, who bilked millions with a giant Ponzi scheme, created a huge chillul Hashem; I don’t think anyone would disagree. But when it comes to religious duties, nobody knows the intricacies of Jewish law as well as we do. If we can’t agree on Ivanka’s ride or Esther’s ensemble, do you really think Joe Public knows or cares? In such cases, I think the chillul Hashem happens when we air our dirty laundry by attacking these celebrities in public.

Perhaps we should take our example from Sandy Koufax. You may have heard (or perhaps you even recall) that Koufax refused to pitch in game 1 of the 1965 World Series because it fell on Yom Kippur. This is widely considered a kiddush Hashem (a sanctification of God’s Name) and Koufax is seen as a Jewish hero for it. But did Koufax fast, or even attend shul? (It’s doubtful.) Do we lambaste Koufax for pitching on Pesach? Did you know that there were two years (1960 and 1961) when Koufax didn’t play on Yom Kippur but he was suited up and on the bench, ready to go as soon as Yom Kippur ended? We praise Koufax for the amazing positive thing he did, we don’t vilify him for the things he did that are just like everyone else.

Similarly, perhaps we would do better to accentuate the positive when it comes to observant Jews in the public eye. They may not always do things the way we would do them – or the way we think we would do them if we were in their shoes – but who are we to judge? We know one thing for sure: even if they’re not perfect (and who among us is?), when it comes to religious observance, they’re still way ahead of the curve. Let’s give people credit where it’s due rather than risk disenfranchising them by putting them under a religious microscope, something none of us would appreciate.

Concern For One Another 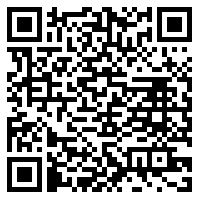