Donald Trump confirmed on Sunday that retired Marine General James Mattis is a leading candidate to be his secretary of defense, a day after the two met at the Trump National Golf Club in Bedminster, New Jersey.

Word of Trump’s comments immediately raised concerns in Israel and among supporters of Israel in the U.S., with Zionist Organization of America president Morton Klein issuing a lengthy press release calling on Trump not to appoint Mattis and describing Mattis’s past statements as “hostile to Israel” and reveal[ing] a lack of appreciation for and understanding of the extraordinary value to American security resulting from a strong American-Israeli alliance and a secure Israel.”


Speaking at a gathering of the Aspen Institute in 2013, Mattis gave his emphatic backing for what he called then-Secretary of State John Kerry’s “valiant” efforts to reach a two-state solution, saying that the foundation of a Palestinian state was of paramount importance for not only Israel but the United States.

“So we’ve got to work on this with a sense of urgency,” Mattis said. “And I paid a military-security price every day as a commander of CENTCOM, because the Americans are seen as biased in support of Israel, and that moderates all the moderate Arabs who want to be with us, because they can’t come out publicly in support of people who don’t show respect for the Arab Palestinians.”

In addition, Mattis characterized Israeli control of Judea and Samaria as “unsustainable,” warning that Jewish “settlements” were liable to turn Israel into an “Apartheid” state.

“The current situation is unsustainable. It’s got to be directly addressed…. We have got to find a way to make the two-state solution that Democrat and Republican administrations have supported – we have go to get there. And the chances for it, as the king of Jordan has pointed out, are starting to ebb because the settlements and where they’re at are going to make it impossible to maintain the two-state option.

“For example, if I’m Jerusalem, and I put 500 Jewish settlers out here somewhere to the east and there’s 10,000 Arab settlers in here, if we draw the border to include them either it ceases to be a Jewish state or you say that the Arabs don’t get to vote – Apartheid. And that didn’t work too well the last time I saw that practiced in a country.”

While the Trump transition team has yet to issue a formal statement on the choice of defense secretary, Trump tweeted on Sunday regarding his meeting with Mattis Saturday afternoon, praising him as “very impressive,” “a true General’s General,” and “the real deal.” 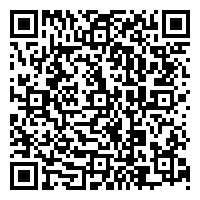