Election Day, as per tradition, is the first Tuesday of November and will be held this Tuesday in the United States. While American voters in the States must exercise one more day of patience, American voters here in Israel have already participated in the democratic process by casting their ballots in races for Senate and/or Congress. Many of these ballots have been collected and delivered to the United States Consulate in Jerusalem by iVoteIsrael.

From the start of this election cycle, iVoteIsrael has been actively involved in assisting Americans to vote, in the early stages of the campaign by providing assistance in applying for Absentee Ballots and then later in the campaign by running several events providing FWABs (Federal Write-In Ballots) and assisting voters by answering any questions they had while filling them out and finally, by bringing the ballots to the US Consulate.

With the delivery of the ballots to the Consulate, the participation of iVoteIsrael in the Election Campaign of 2014 is now officially over. Though the success of any individual campaigns is judged by the results, iVoteIsrael considers the campaign in light of the process, just like our motto says: Who you vote for is your business; that you vote is ours! By this metric, iVoteIsrael views Israel’s participation in the US midterm Campaign of 2014 a resounding success!

Americans in Israel fall into several categories:  Dual US-Israeli citizens residing here in Israel, Americans residing in Israel temporarily for work or studies (scores of students participated in a “Get Out the Vote” event we held last week in Jerusalem), or American tourists who just happen to be traveling in Israel on Election Day. What we witnessed was inspiring: Americans throughout Israel recognized the significance of these midterm elections and wanted to participate. One case in particular stands out: A couple in the Golan were so committed to voting that they were prepared to make the 5 hour roundtrip to attend an event we sponsored in Jerusalem. With a little direction from iVoteIsrael they were able to vote and send in their ballots directly from home but their willingness to make the trip enthusiasm and enthusiasm to vote was remarkable.

Voters from 36 states were not only grateful that iVoteIsrael was able to assist them in voting, but came to expect that iVoteIsrael would handle all of their voting needs.  That expectation is an honor we can live with!

While the conclusion of the campaign was coincident with several very public squabbles between the governments of Israel and the US, it was reassuring to see that Americans here in Israel came out and made a clear statement affirming the unique relationship between the two countries by voting in strong numbers.  Regardless of the actions and statements of the heads of state, the citizens of US and Israel have more in common than perhaps any two democracies. This belief is supported by the strong connection that American citizens in Israel demonstrate by voting in such large numbers. In 2012 30% of all overseas votes came from Israel, adding another dimension to the US Israel relationship.  While the numbers for the 2014 midterm elections are not yet known, it would not be surprising to see a similar turnout to the 2012 election.

iVoteIsrael would like to congratulate all the Americans in Israel who voted in the 2014 US Elections for making their voice heard. Thank you for letting us assist you in the voting process; it was a pleasure and a privilege.  For those of you in the States who have not yet voted but still have the chance, when you vote, think of Israel and be inspired by all the Americans in Israel who went the extra mile/kilometer to vote. 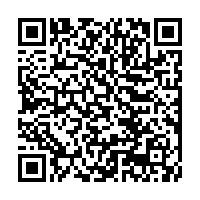