It only took three years, but the popular Internet satire program, Latma, has signed a contract with Israel Channel 1, and will be going on the air in February, as first reported in Kipa.


The show was privately funded, and ran for 4 years, until the fundraising work involved became too time consuming for Glick to maintain.

In the interim, Glick negotiated for years with Channel 1 to get the show onto Israeli TV, but Channel 1 always pulled the plug at the last minute.

Until now, political satire programming on Israeli TV has pretty much only been left-wing satire targeting the right and the religious.

It only took a major reform in Israeli broadcasting by Communications Minister Gilad Erdan, the closing of the Israel Broadcasting Agency (IBA), and Knesset Sports and Culture subcommittee discussions to finally get a non-left-wing satire show on the air.

We look forward to seeing it again.

It’s All About the Facts 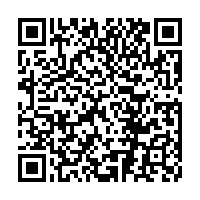